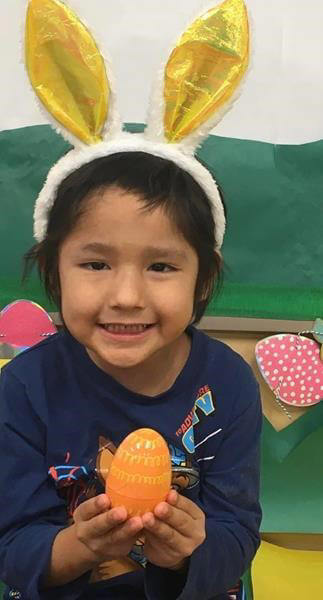 Five-year-old Frank Young was last seen 28 days ago at a playground on Red Earth Cree Nation in northern Saskatchewan.

“He’s got a little chipmunk voice, and that’s what (our family) is known for,” Whitecap said Monday at a news conference in Prince Albert, Sask. “So we’re the chipmunk family.”

RCMP has said there’s no evidence to suggest the boy was abducted. Last week, boat crews and a helicopter were used to focus the search on the Carrot River.

Whitecap, who spoke on behalf of the family, said they are staying strong and leaning on prayer while remembering the boy’s creative and fun-loving personality.

Whitecap said she prays whether it’s in the morning, when she’s traveling, or in the middle of the night when she wakes up.

“I pray to ask our Heavenly Father to guide our searchers to bring Frank home to us.”

Since April 19, more than 600 volunteers have aided in the search, but crews are getting tired.

How to get a Canadian study permit

Red Earth Cree Nation and the Federation of Sovereign Indigenous Nations, which represents 74 First Nations in the province, said they have asked the federal government to send in the Canadian Rangers.

The search for Frank continues as a rescue mission, he said.

“There’s a lot of fatigue that has transpired the last month,” said Cameron.

The Canadian Forces did not provide comments on the search request. However, a spokesperson for Indigenous Services Canada said in a statement the department continues to work alongside Red Earth Cree Nation to access community support, including additional therapists.

Premier Scott Moe said his government has provided resources through the RCMP and the province’s public safety agency.

“If additional requests are required, we’ll endeavor to do whatever we can to provide those,” Moe said Monday, adding his Saskatchewan Party government is willing to work with the federal government on this.

“We’re asking both levels of government for the resources, and to do it fairly and do it quick. That’s our message,” Head said.

“We cannot look into our own resources … they go directly into (community) programs and services.”

Leaders said they have received support from First Nations across Canada and from as far away as Australia.

Cameron said that on a recent visit to North Battleford, Sask., a seven-year-old boy tugged on his shirt to get his attention.

“‘Tell them ‘We hope Frank comes home’ — that’s what this young boy said. Even other children are praying out there.”

This report by The Canadian Press was first published May 16, 2022.

— By Mickey Djuric in Regina