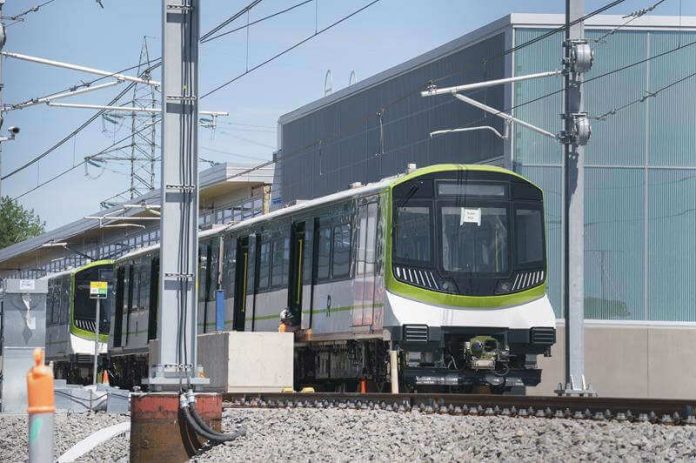 The Quebec government and the City of Montreal are taking over a light rail system proposed for the east end of the province’s biggest city, sending another major infrastructure project back to the drawing board.

The Caisse de dépôt et placement du Québec pulled out after the provincial government asked it to change its plans to install an elevated rail line through downtown Montreal, Legault said. Without that leg of the line, the pension fund didn’t think it could make a profit on the project, he added.

“There is no social acceptability” for the elevated section, Legault told reporters. “There are concerns about the impact it would have, among other things, on the beauty of the city.”

Christian Savard, the executive director of Vivre en ville, a Quebec City-based think tank that focuses on urban issues, said he worries that with the project headed back to the planning phase, it will never come to fruition.

“Public transit infrastructure always has difficulty moving forward in Quebec,” he said in an interview Monday.

In Montreal, plans to extend the metro system’s Blue Line have been announced five times over the past 33 years — most recently in March — while a rapid bus line on Montreal’s Pie-IX Boulevard is scheduled to open at the end of the year after more than a decade of planning.

In Quebec City, a tramway project had been in the planning phases for more than 20 years before receiving approval from the provincial government in early April. That project was sent back to the drawing board in 2020, after a report from the province’s environmental consultation bureau said it would only offer minimal improvements over existing services.

Also in Quebec City, a “third link” between the city’s downtown and its suburbs across the St. Lawrence River has been discussed since the 1960s. The provincial government recently proposed two tunnels — at an estimated cost of $6.5 billion. A previous plan for a single $10-billion tunnel underwent major revisions in October over concerns it would lead to increased downtown traffic.

“The projects are always approached piecemeal and without coherent planning,” Savard said. Some projects have stalled as successive governments, drawing support from different areas, have taken power in Quebec City.

“I want to be very clear: in the past, there have been all kinds of excuses that have been used to delay projects,” he said Monday. “People who know me know that I don’t have a lot of patience and I want this project to be completed as quickly as possible. It’s crucial for the development of eastern Montreal.”

The cost of the REM de l’Est had been projected at $10 billion, but Legault said it’s too early to estimate the new price tag. The exact route of the light rail line will now be decided by a committee made up of representatives from the regional transit planning agency, the City of Montreal, the provincial government and the Montreal transit corporation.

The proposed rail line would be an extension of a larger automated light rail project serving western Montreal and several suburbs. The original REM was conceived and is operated by the pension fund, and the project’s first section — connecting Montreal’s south shore to the city’s downtown — is scheduled to open this fall.

Jean-Philippe Meloche, an urban studies professor at Université de Montréal, said he believes the REM de l’Est could be improved and be cheaper to build. He said the deal with the pension fund made the transit system more expensive than if the government borrowed money on its own to build a similar project because the profit margin guaranteed to the fund is higher than the interest the government would pay.

Meloche said the original REM benefited from timing. The pension fund was able to install a rail line on the new Samuel De Champlain Bridge, which connects Montreal with its south shore, adding that the provincial government at the time wanted to improve public transit services for its supporters in western Montreal.

This report by The Canadian Press was first published May 2, 2022.