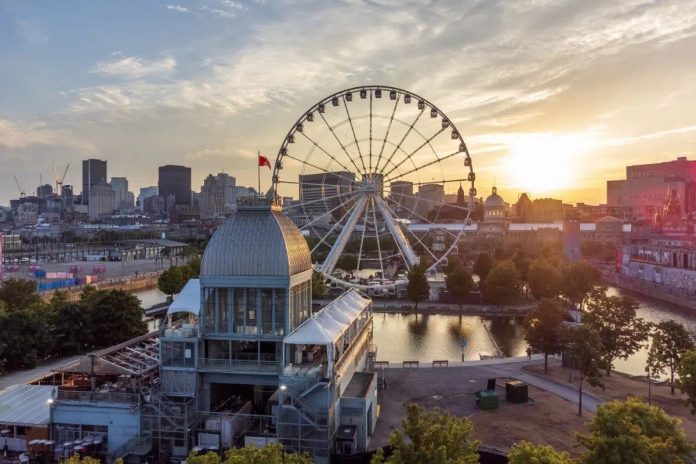 The Institute du Québec’s study sheds light on how the pandemic affected Quebec’s labour force.
Quebec has started off the year with a low unemployment rate and a record number of job vacancies. In an effort to address labour shortages, the provincial and federal governments have put forth a number of measures to support immigrants.

The pandemic has transformed Quebec’s labour market. Public health measures have exacerbated previously-existing labour market gaps and brought forth new challenges, according to a report from the Institute du Québec.

“We have begun 2022 with one of the lowest unemployment rates in years and a record number of job vacancies,” said Mia Homsy, Chief Executive Officer of the Institut du Québec, in a media release.

“With a dwindling pool of potential workers and a considerable decrease in the labor market participation rate among those 55 and up, unless businesses, unions, schools, and governments embrace a substantial shift in their approach to human resources management, the labor shortage will undoubtedly be the biggest obstacle to recovery.”

According to the report, Quebec’s aging population will continue to affect labour supply, as workers reach retirement age amid a period of high job vacancies and low unemployment. Some groups of workers, including those in the age 55 plus group, are not fully back to work and it may be difficult to entice early retirees among them to return.

Further, the accommodation, food services and retail industry could be facing ongoing recruitment problems, which may result in employers needing to rethink their business models, even beyond the pandemic.

With more opportunities to work from home or in a hybrid model, jobs that do not offer this option may become less desirable to potential employees. Employers struggling with recruiting issues may need to lower their hiring standards, especially those related to academic credentials. If this becomes the case, it would mean that educational requirements for a given job may not be as stringent as they were before the pandemic. Companies may be able to offset this by increasing focus on professional development and in-house training to maintain competitiveness.

Finally, more professions will be looking for candidates with stronger reading comprehension, writing and complex solving skills, whereas Quebec and the rest of Canada are already struggling with digital literacy. The need for qualified workers will continue to grow, especially in health care, social assistance, educational services, information technology and construction.

Quebec is taking measures to address labour shortages, such as increasing immigration levels and making it easier for employers with genuine labour shortages to hire temporary foreign workers.

The province is set to welcome 52,500 new permanent residents in 2022, according to Quebec’s Immigration Levels Plan released October 28, 2021. Most of these newcomers will come through Quebec’s economic immigration programs, including the Quebec Skilled Worker Program (QSWP) and the Québec Experience Program (PEQ).

The levels plan also calls for an additional 18,000 admissions to reach the admission levels that were not met in 2020 due to the COVID-19 pandemic. This means that more than 70,000 newcomers could be admitted to Quebec in 2022.

A number of measures for temporary foreign workers in Quebec have also been introduced. As of this past January, certain Quebec workplaces can now support staff of up to 20% temporary workers, up from 10%. This measure applies to businesses in hard-hit sectors such as retail, and accommodation and food services, among others.

Also, on May 24 this year, occupations listed under National Occupational Classification (NOC) skill level C will now be included in the Traitement Simplifié, (facilitated processing). This simplified process allows Quebec employers more flexibility under the Temporary Foreign Worker Program (TFWP). On December 6, 2021, Quebec announced that certain NOC D occupations were exempt from the advertising and recruitment requirements of the TFWP. Previously, only occupations classified under NOC skill levels 0, A, and B were eligible for facilitated processing.

These measures are among multiple implemented by Quebec and the federal government to support the province’s labour market through immigration. The Institut du Québec’s report shows immigrants have high instances of employment in Quebec’s workforce. Employment recovery has been strongest among landed immigrants who have been in Canada for less than five years. The employment rate for these newcomers was at nearly 76% in 2021 compared to roughly 64% for the same period in 2019.