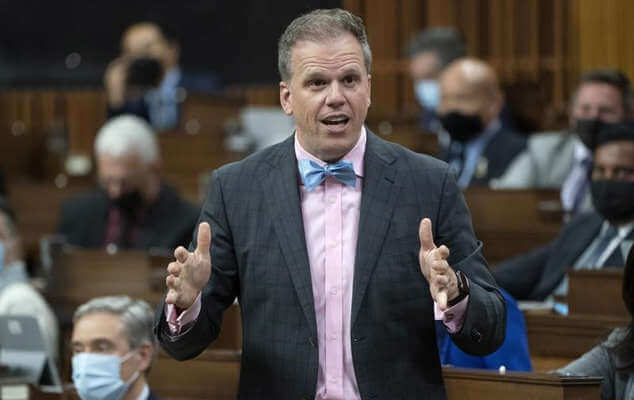 The House of Commons has unanimously agreed to suspend COVID-19 vaccine mandates for MPs, staff and visitors starting on Monday.

Government House leader Mark Holland put forward a motion Thursday afternoon to end the mandate, which has been in place since last fall, after house leaders from all parties met earlier this week.

Conservative House Leader John Brassard said it’s about time the rules changed, and that “Parliament has really been an outlier” when it comes to public health rules.

This week the federal government also announced it is suspending vaccine mandates for domestic and outbound international flights and rail travel starting Monday.

The Board of Internal Economy, an all-party committee that makes decisions about Parliament business, voted to bring in a vaccine mandate for anyone coming to the remainder of the parliamentary precinct beginning last November. It has also decided to suspend that mandate beginning Monday.

Wearing masks is still mandatory in the House of Commons until June 23, and that rule will stay in place for the rest of the precinct until then, board chair and House Speaker Anthony Rota said in a statement.

Brassard said he expects that on Monday, every MP will be in their seat in the House of Commons. That hasn’t been the case for every Conservative MP this sitting, as some have refused to disclose their vaccination status.

That includes Saskatchewan MP Cathay Wagantall, who recently said she was required to leave the precinct, and that she hasn’t been able to access her office since the rules took effect.

Brassard wants another rule change: “This theatrical mask-wearing thing has to end.”

June 23 is the last scheduled day of the sitting before Parliament takes its summer break.

Negotiations are ongoing between the parties about what will happen as the fall sitting begins in September. It’s not yet clear if vaccines will be required, if masks will need to be worn, or if the House will still have hybrid sittings.

The Conservatives support keeping the option to attend virtually in certain circumstances, such as if an MP needs to go to a funeral or deal with a medical issue — but aside from that, Brassard said he believes MPs should appear in person.

This report by The Canadian Press was first published June 16, 2022.