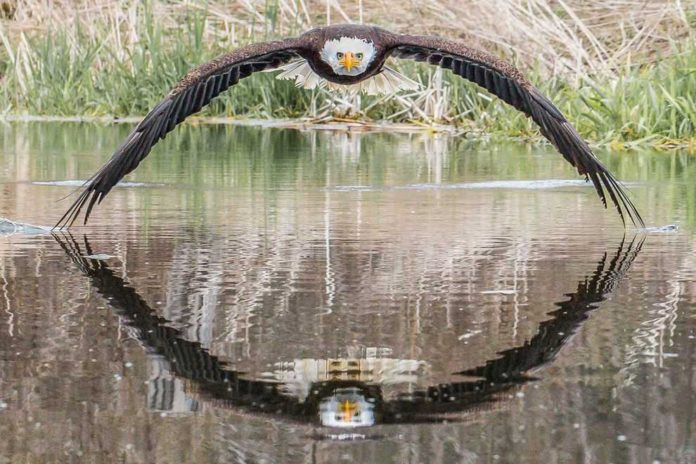 Steve Biro was on his second visit to the Canadian Raptor Conservancy in Ontario toward the beginning of May, planning to capture some great reflection shots of Bruce, the occupant bald eagle. The last time he visited, he tells MNN, the water was quite rippled, and he didn’t get the images he had hoped for.

This time, the results were spectacular.

As the eagle swooped directly at him, Biro caught a splendidly symmetrical reflection of the bird in the water below. 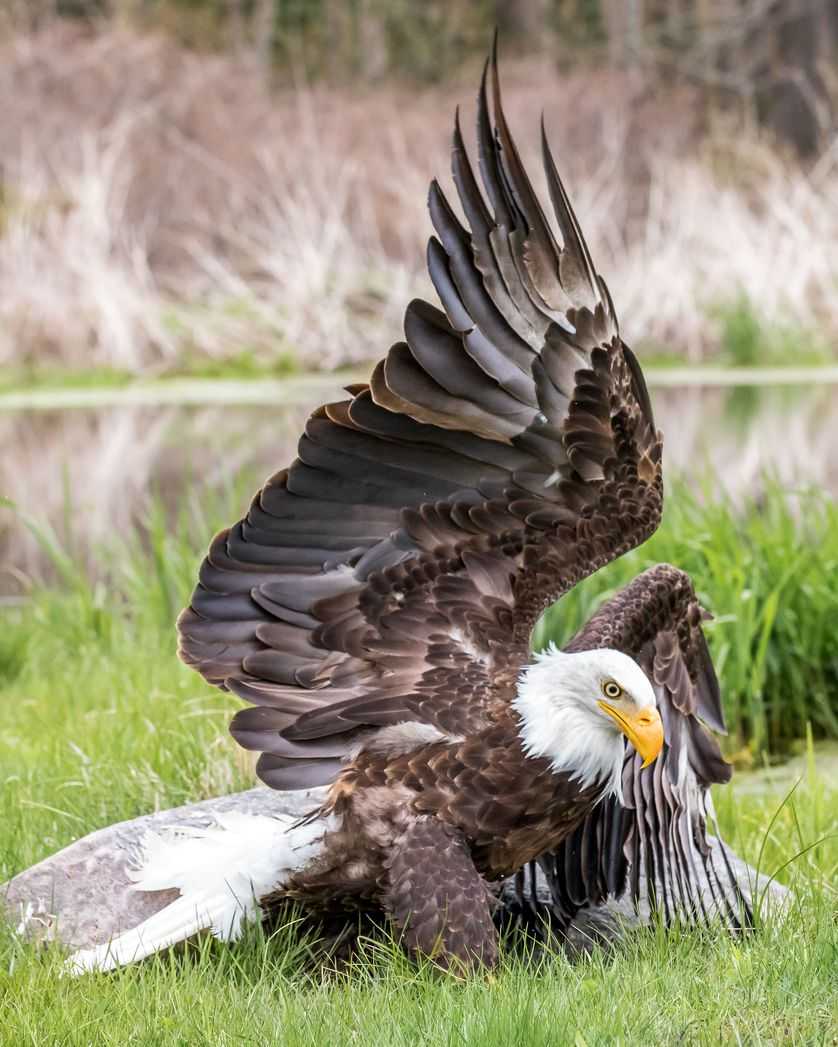 “I certainly rank it as my top picture and did not know when I shot it how it had turned out,” says Biro, who has been a photographic artist for around 10 years and views himself as a genuine novice.

“It was just later when I experienced my pictures and edited in closer on him did I understand how impeccable it looked with him squared off splendidly and gazing blades at me.”

“I had chosen to get down near the water on a stone at the edge and he was, I think, irritated with me being so close. He flew towards me, gazing at me frequently, and after that two or multiple times unquestionably close enough for me to feel a breeze. Others in the gathering were remarking on how close he came,” Biro says.

“He was staring quite a bit at me and when I moved away from the rock to get some pics of him landing, he swooped straight to it as if to say, ‘This is my territory, pal.'”

This is the photo Biro took of the eagle right after he landed. It sure looks like Bruce was glaring.

Protected industries: Why more than a third of the Canadian economy is walled from competition

Biro has been surprised at all the attention his photo has received on his Instagram and Facebook pages.

“The response has been completely overwhelming and unexpected, I knew the image was good but it just seems to strike a chord and resonate with so many people. I’m humbled and thankful by all the love and comments and likes given.”