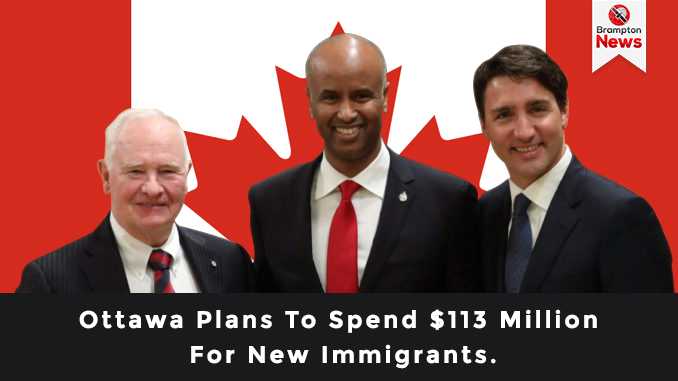 Immigration Minister Ahmed Hussen made the declaration toward the beginning of today at the S.U.C.C.E.S.S. Migrant Settlement and Integration Program office in Vancouver. He also announced that, as a major aspect of that financing, the S.U.C.C.E.S.S. program would get $22.4 million.

The Vancouver-based program is one of four tasks that give information, orientation and referrals to planned monetary and family-class settlers across the country. The $113 million aggregates will support 16 service providers, a large portion of them working locally. Canada has given pre-arrival help to new workers for a long time.

The money will go to interfacing customers to data and services, offering local and general work administrations, urging foreigners to find a way to change over occupation licenses preceding their entry, and connecting them to government and provincial repayment benefits once they are in Canada.

The money will originate from the immigration repayment bit of the government’s 2018 spending plan, a representative for Hussen’s office affirmed. The government Liberals put aside $875 million more than six years to support their multi-year migration plan.

Pre-arrival services are intended to teach new immigrants on what living in Canada resembles, and to limit the detours they could experience after they arrive.

The objective, Hussen stated, is to give new Canadians an excellent opportunity to “hit the ground running,” including that successfully integrating new immigrants is a “great source of national strength.”