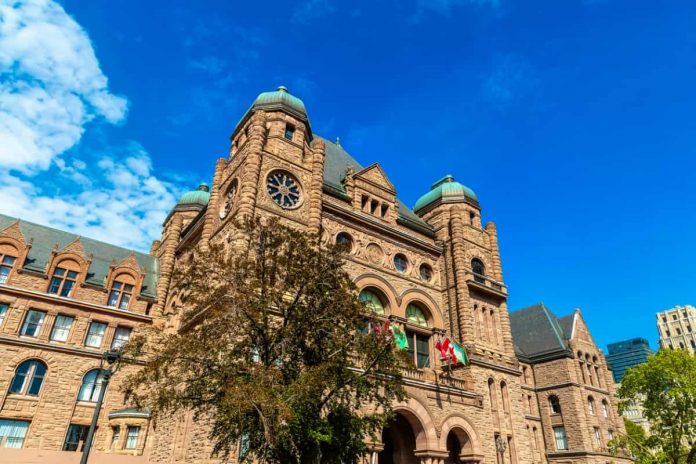 Ontario’s immigration minister, Monte McNaughton, said in an interview that hundreds of thousands of jobs are going unfilled in Ontario and it is costing the economy a lot of money. The province believes it should have more control over its provincial immigration program, much like the immigration system in Quebec, in order to bring more skilled, economic immigrants into Ontario.

“That’s why we’re setting out to renegotiate the Ontario-Canada immigration agreement that expires this fall,” says McNaughton, “to give Ontario more of a say in the number of immigrants and the kind of immigrants that we want to build a stronger economy.”

The province has already asked the federal government to double the number of immigrants under the Ontario Immigrant Nominee Program from 9,000, but McNaughton said he recently received notice that the allocation would only rise to 9,700.

Like the rest of Canada, Ontario is currently struggling with a labour shortage. With the rate of unemployment down to a record setting 4.9% nationally, the need for more workers has rarely been more apparent.

The latest Statistics Canada data shows Ontario’s unemployment rate is 5.1% and the province has 340,000 job vacancies.

Each province and territory, except Quebec and Nunavut, has a Provincial Nominee Program (PNP). Under these programs, provinces can select candidates that they feel are the best fit within the province. If a candidate is nominated by a province, they have a stronger chance of getting permanent resident status.

Survey: International students choose Canada for its reputation as a safe and inclusive country

Every year provinces are allocated a number of immigrants they can nominate under the Immigration Levels Plan set out by Immigration Refugees and Citizenship Canada (IRCC).

The plan is meant to equitably distribute the benefits of immigration throughout Canada. This includes economic immigrants, family class immigrants as well as refugees and humanitarian class immigrants.

Ontario is Canada’s most populous province and welcomes the most immigrants, by a large margin, each year.

In 2021 nearly 50% of all immigrants to Canada chose to settle in Ontario. However, prior to the COVID-19 pandemic, Ontario was the only province that saw most of its immigrants arrive under the family and refugee classes. The influx of family class and refugee immigrants is due in large part to the well-established diaspora communities as well as some of the strongest settlement supports in Canada.

Under the Immigration Levels Plan for 2022, there are 83,500 spots for provincial nomination programs in Canada (this figure includes principal applicants and their spouses and dependents). Ontario has the highest PNP allocation at 9,700 principal applicant spots assigned by IRCC.

However, considering Ontario has a population of approximately 15 million people, this is proportionally quite a small number to work with. While 9,700 is a marginal increase over the 9,000 allocated for 2021, the province does not believe it is adequate to alleviate stress on the economy caused by a shortage of skilled workers.

“To be blunt, this increase isn’t going to move the meter,” said McNaughton. “We have single companies in Ontario who are short 700 workers.”

What does this mean for the rest of Canada?

A significantly higher PNP allocation for Ontario would have significant implications for the rest of Canada.

IRCC has a national mandate which entails supporting the immigration needs of each province and territory.

On the one hand, giving Ontario more immigration authority falls under IRCC’s national mandate. Ontario has major labour shortages and providing them with a greater say on immigration may help to fill job vacancies and support its post-pandemic economic recovery.

On the other hand, IRCC must weigh the possibility that increasing Ontario’s powers could undermine efforts to promote a broader distribution of immigration across Canada.

One of the main goals of the PNP is to help smaller provinces and territories attract more immigrants. Prior to the PNP’s launch in 1998, Canada only operated a few federal and Quebec economic class programs. These programs largely benefitted Ontario, Quebec, and British Columbia.

As a solution, IRCC proposed the PNP, which has since proven to be very successful in supporting economic development in Canada’s Prairie and Atlantic provinces.

Given that Ontario already welcomes nearly half of Canada’s immigrants, providing the province with greater immigration autonomy could see its national immigration share increase even further, which would hurt other provinces and territories.

Hence, IRCC has a difficult choice to make when it comes to Ontario’s request.

Ultimately, it may feel the best decision is to continue to increase Canada’s immigration levels, and the PNP allocations of each province and territory seeking more newcomers, such as Ontario. While this would be an imperfect solution, it may prove to be one that helps to maintain IRCC’s goals of supporting the needs of each jurisdiction, while also maintaining a broad distribution of immigration across Canada.