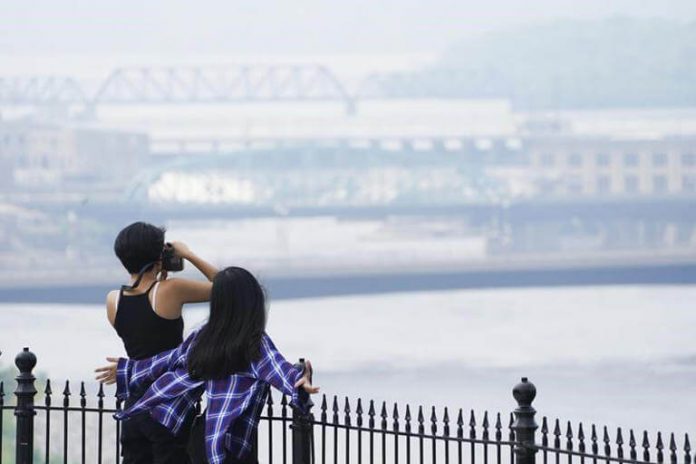 Ontario is seeing far fewer forest fires this year than the 10-year average, and only a fraction of what it experienced last summer, when fires tore through a record amount of land in the province, according to the provincial government.

There have been 179 fires so far this year, with 2,416 hectares of land burned, Evan Lizotte, a fire information officer with the Ministry of Natural Resources, said in a recent interview.

It’s also in stark contrast to last year, which saw more than 1,000 forest fires burn more than 782,119 hectares by the same time last year — the most land burned on record in Ontario. Thousands of people were evacuated from First Nation communities affected by northern wildfires last year.

Forest fires are driven by weather, Lizotte said. So far this season, Ontario has seen a cyclical pattern of warm weather followed by periods of significant and widespread precipitation, which has largely kept fires in check, he said.

Last year, drought conditions made the ground three or four times more receptive to lightning strikes that could spark fires; meanwhile, this year some regions had snow into May, he said. Even though the forest fire season started at the beginning of April, there were no fires recorded in the province until April 28, he added.

“While we’ve had a lot of lightning hitting the ground this summer, we don’t have drought conditions in the deeper soils that would promote those potential fires to emerge to the surface,” Lizotte said.

How can I prove my relationship with my spouse or partner to IRCC?

There have nonetheless been significant forest fires this season, including one in Timmins, Ont. that accounted for most of the province’s burned woodland for this year, Lizotte said. That fire has been out since early June, he said.

The slower season has allowed Ontario’s fire rangers to help out in other regions, he said. Last month, 60 provincial fire rangers were sent to Manitoba to assist with fires in that province, and an additional team of 40 was sent to join them later, he said.

Lizotte said specialists were also sent to the Yukon and Alberta to help with large fires there. All have since returned to Ontario.

Forest fire season continues through November, and Lizotte said it’s hard to predict how it will play out. But he said Ontario typically doesn’t get many fires after September.

In an emailed statement, the Ministry of Natural Resources said wildfire hazards are dynamic and the province is “never more than a few consecutive days of nice weather away from an elevated risk.”

The Ministry also said it’s difficult to make direct links between climate change and fire activity during a specific season since the weather varies from year to year. But it said climate change is expected to increase the number and risks of fires.

This report by The Canadian Press was first published on Aug. 16, 2022.