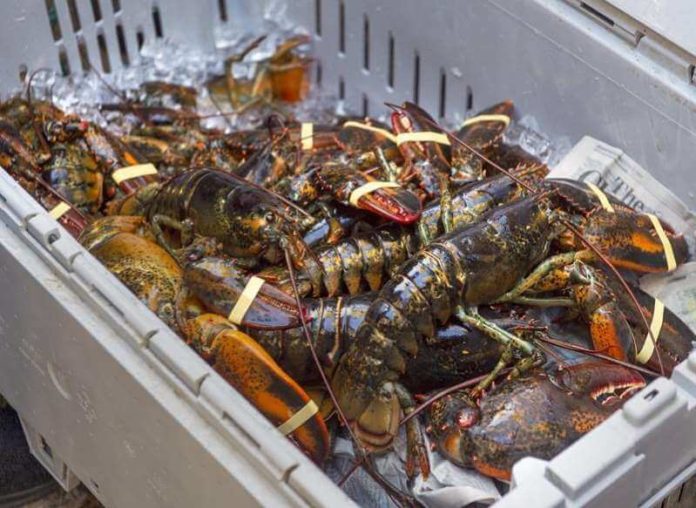 HALIFAX — The chief of the First Nation behind a disputed moderate livelihood lobster fishery in Nova Scotia says recent vandalism and the loss of potential sales have cost the band more than $1.5 million — and he wants those responsible to be held accountable.

“The (non-native) commercial fisheries have systematically box us out of the market,” Sack said in a statement. “It will take time to rebuild our relationships in the supply chain of people and companies we do business with are now really afraid of retaliation.”

Sack told reporters bands apply for a court order aimed at preventing people from harassing fishermen on the pier Indigenous Saulnierville, N.S., where the fleet is based livelihoods.

“We want the command to make sure people are safe in and around the dock,” Sack said in a press conference in Digby, N.S.

Later Wednesday, the Nova Scotia Supreme Court Justice James Chipman granted an interim order, which among other things prohibits anyone from “threaten, coerce, harass or intimidate” the band members or people who do business with them.

It prohibits interference with Sipekne’katik fishing activities, including interfering with their equipment at sea or on land. The order, which is valid until December 15th also said dock Saulnierville, another in Weymouth and a lobster pound in New Edinburgh is used by the band can not be blockaded.

First Nation national attention on September 17 when it launched a “moderate livelihood” of the fishing fleet in St Marys Bay in southwest Nova Scotia, nearly two months before the federal regulated fishing season set to open.

Sack said that Mi’kmaq band members to exercise their constitutionally protected treaty right to fish where and when they want, as affirmed by the Supreme Court of Canada in the 1999 decision.

Citing the agreement signed in the 1760s, the court said the Mi’kmaq, Maliseet and Passamaquoddy bands in Eastern Canada could hunt, fish and gather to earn “moderate livelihood.”

However, non-indigenous protesters have asked the federal government to stop the Indigenous harvest since the Supreme Court ruling also said Ottawa could continue managing the fishery – as long as it can justify such a step.

This dispute has been increased to confrontation marked by violence, arrests and charges of assault and arson. Two buildings save lobsters caught by a harvester Indigenous been marred last week, and one of them burned to the ground on Saturday.

Amid rising tensions, First Nations said it could not sell lobsters caught by people taking part in moderate livelihood fishery commercial or communal operation band to the east in the Bay of Fundy.

“It’s like we’ve been blacklisted, and we just hope that we can quickly come to some resolution and accelerate getting our lobsters to the market,” Sack said, adding that the band also had difficulty buying new lobster trap.

“Interesting commercial fishery us this week and for the upcoming season will financially destroy our community,” he said.

A spokesman for First Nations said 11 boats taking part in the fishery moderate livelihood will continue to haul their catch of Lobster Fishing Area 34 and put them in storage.

However, Sack said the three vessels band is used for communal commercial fishery, which operates in an adjacent area that opened to fishing last week, has been pulled from the water because of “intimidation and markets embargo.”

Head said the three vessels will be dispatched to St Marys Bay to provide protection for a fleet of livelihood. Also, he said the band was looking for a way to sell 6,800 kilograms of lobster this band has been harvested from the Gulf since 17 Sep

The provincial government regulates the sale of lobster with lobster buyers to license approval. Sacks said that the band was looking for a provincial exemption, but he indicated that the province is not in a cooperative mood.

“(Premier Stephen) McNeil just seems to hide behind the federal government,” he said.

Meanwhile, the RCMP continues to draw fire for their response to the violence, which included an alleged assault on Sack last week.

“We are fully committed to keeping the peace, keeping people safe and enforcing the law,” she said. “Our actions to date are indicative of our strong commitment to this mandate.”

Lucki confirmed additional officers from the other Maritime provinces had been dispatched to Nova Scotia: “When we saw that this situation was evolving, we felt that there was a need to bring in additional resources.”

Senator Murray Sinclair, who was chief commissioner of the Truth and Reconciliation Commission, said Wednesday he was dismayed by the RCMP’s lack of enforcement in Nova Scotia.

During an online conversation with the Assembly of Manitoba Chiefs, the senator criticized the RCMP for “literally standing by and doing nothing” while criminal acts were being committed.

“To me, (it) was an act of negligence,” Sinclair said, adding that he had submitted a complaint to the RCMP’s complaints commission. “They were in fact facilitating the actions of the (non-Indigenous) fishers.”

On another front, Mi’kmaq leaders in Cape Breton are accusing the federal Department of Fisheries and Oceans of illegally removing lobster traps set recently in St. Peters Bay.

The 200 traps were placed in the bay as part of a similar moderate livelihood fishery, which is also operating outside the federally regulated season.

“The seizure of these traps by local officers are without the authorization or authority of their department or the minister,” the Assembly of Nova Scotia Mi’kmaw Chiefs said in a statement. “This is unacceptable and unlawful.”

This report by The Canadian Press was first published Oct. 21, 2020.