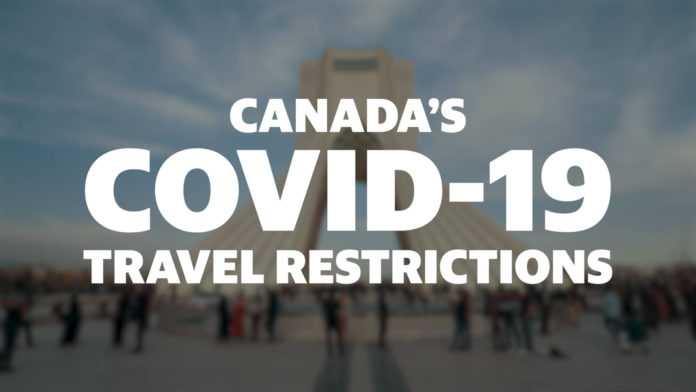 TORONTO — More than 18,000 people, many of whom were trying to enter Canada from the United States for sightseeing and shopping, have been turned away since the government’s enactment of strict travel restrictions.

Between March 22 and Sept. 2, Canada Border Services Agency (CBSA) turned back 18,431 people. This includes foreign nationals by boat, land, and air from the U.S.

The largest single reason these attempted travelers were turned back was for tourism or sightseeing, at around 5,300. Another 2,000 were traveling for “recreation” and nearly 1,000 others were attempting to enter Canada for “non-essential shopping.” The remaining travelers had “other” listed as the reason they were denied entry.

The vast majority of those attempting to cross into Canada were Americans, at 87 percent. Of the 18,431 people, only 2,361 were citizens of countries other than the U.S.

Those who do make it into the country can face costs.

An American family of five found that a trip across the border cost them an extra $2,000.

They were permitted to enter the country from Alaska, and were supposed to take the most direct route south into the U.S., according to pandemic regulations. But when they were found on vacation in Vancouver, officials let them know they’d broken the rules and handed them the huge fine.

Fines can follow those who cross into Canadian waters as well. This week, an American boater was also fined and sent back to the U.S. after being found near Vancouver Island.

In the first four months of the pandemic, the RCMP recorded more than 9,500 violations of COVID-19 regulations, according to Statistics Canada.

According to the CBSA data, 448 air travelers arriving from other countries were also denied entry into the country between March 22 and Sept. 2, “as they did not meet the respective standards of entry.”

The border closure has been renewed or extended five times since the beginning of the pandemic. Most recently, the restrictions on recreational travel through the border were extended until at least Sept. 21.

The closure still allows for essential trade and commerce, as well as seasonal migrant workers and health-care workers.

“Every month when we evaluate that situation again, we’ll take into account what’s going on, on both sides of the border,” Chief Public Health Officer Dr. Theresa Tam said in August. “But, as you know, as we look at further planning out, we have to look at different options of how we can increase safely—as safely as possible—international travel.”

Peel Public Health advises against travel outside of the region

An exemption introduced in June allowed cross-border families to reunite. Any foreign national aiming to enter Canada to see a family member must be able to prove they will be in Canada for at least 15 days.

Anyone who is allowed to enter Canada for non-optional reasons is required to quarantine for 14 days after arriving.