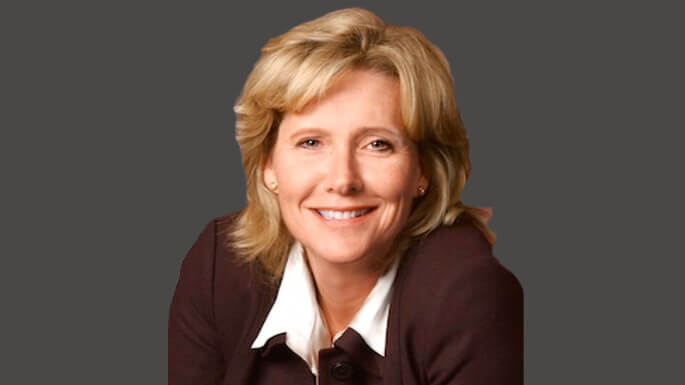 1. Candidate Bio:
Thirty-five years ago my husband Chuck and I moved to Brampton to start our new life together and raise our family. Our three boys were born at Peel Memorial Hospital and life was full of activity in those early years.

As the boys got older I began volunteering at their school and later with the Heart Lake Citizen Advisory Committee. In 1991 an opening became available on Council and I decided to put my name forward as a candidate. The residents of Heart Lake chose me to represent them on Council having been re-elected each time until 2003.

As a Councillor I saw what was happening to our city as a result of measures taken by the provincial government, especially in health care and education. I was approached to run in the provincial election against an entrenched incumbent. The voice of change rang clear and I was successful on my first attempt. I proudly served the people of Brampton Centre and Brampton-Springdale for the next eleven years.

During my time at Queen’s Park, I was proud of some of my accomplishments that included the building of Brampton Civic Hospital, expansion of Highway 410, increased funding for public transit, and more. I also was given responsibility in key areas including the Ministry of Labour, Ministry of Natural Resources, Ministry Responsible for Seniors, Ministry of Municipal Affairs and Housing and Chair of Cabinet.

In 2014, I was approached by a number of prominent Bramptonians to consider leaving the Province to run for Mayor. I honestly believed Brampton could do better and I was troubled by what was happening at City Hall. The results gave me a strong mandate to bring accountable, open and transparent leadership to Brampton.

During my term, we have seen significant improvements to our City’s finances, increased the number of front-line police officers, brought a university to Brampton, started streamlining our staffing, improved services and fought against taxpayer-funded corporate bailouts.

As a mother and now as a grandmother, I understand the tremendous impact that government has on our lives. From the moment that a child is born at a local hospital, goes to school, gets a job and establishes a home, the government has a role to play. I want to make sure everyone that calls Brampton home knows that it is the best place to live, work and raise a family. With your help, I know that together we can do more.

2. What are your three top priorities for Brampton?
1. Safer community
2. Attract and create more jobs
3. Improve transit and fight gridlock

3. What is one major council decision from the previous (2014-2018) term that you agree with?
Investing $150 million into a new University (Ryerson University in partnership with Sheridan College), a new Centre for Innovation and Collaboration and a new Central Library. This is a big investment that will transform Brampton forever.

4. What is one major council decision from the previous (2014-2018) term that you disagree with?
I disagree with the majority of my council colleagues who voted to reject the provincially funded HMLRT.

5. Are there any other ideas from other cities that you would like to see replicated in Brampton?
I would like the next Council to hire an Independent Auditor General (like the City of Toronto). I believe this decision would help to restore trust in what decisions are made at the City of Brampton.

6. What are your top transportation priorities to ease congestion and gridlock in the city of Brampton and connections to other communities?
Continue to invest in our existing fleet and grow our fleet of transit buses by 16 per cent (over three years) that includes adding 31 new buses for conventional transit and 34 new Zum buses to expand bus rapid transit (BRT).

I will continue to advocate to our Federal and Provincial counterparts asking for Two Way All Day GO – Brampton’s challenge is that currently freight on our tracks takes priority over commuter traffic and without a negotiated agreement between CN and CP we won’t be able to improve rail transportation.

7. What are your thoughts on the Brampton 2040 Vision and how should the city proceed with the vision?
I appreciated the work Larry Beasley did to engage the over 11,000 residents of our City during dozens of community consultations – but it is only an aspirational document. Now that the plan has been endorsed by Council the hard work begins. Our staff will be drafting an implementation plan to kick start the vision for the next term of Council.

8. What is your position on the city’s finances and how would you tackle demands for services and infrastructure renewal?
A lot of progress has been made this past term to ensure real transparency and accountability in handling our money. Jim McCarter recommended we implement an annual two per cent levy increase to our future budgets in order to stabilize the infrastructure gap over the next ten years.

We are on track to providing long-term predictable budgets that deliver the infrastructure and service that our growing City is going to need. The changes we have made have improved Brampton’s credit rating from Triple A Negative to Triple A Stable helping to save thousands of dollars in interest costs.

9. What are your thoughts on how the city/region should handle the alleged uptick of spontaneous youth violence and crime in the city?
In June I moved a motion that Council unanimously passed creating a community safety plan. I had heard from many of my residents that youth violence was a concern and I believe an integrated approach involving all community stakeholders including Peel Regional Police is necessary.

Our staff have been reaching out to partner agencies and this fall we initiated neighbourhood audits to discuss improvements related to safety such as lighting, open spaces and other enhancements that residents feel are necessary.

In August I spoke to Minister Tibollo, Minister of Community Safety and Correctional Services supporting Chief Evans request for additional resources from the $25 million given to the City of Toronto to address guns and gangs violence in the Greater Toronto Area.

10. Why should voters vote for you?
In 2014 the people of Brampton elected me as Mayor because they wanted change. As Mayor, I undertook a massive restructuring of City Hall to make it work more efficiently and provide better customer service.

I delivered a world-class university to Brampton.

I am the only candidate that can foster positive working relationships with our new Premier and the Prime Minister.