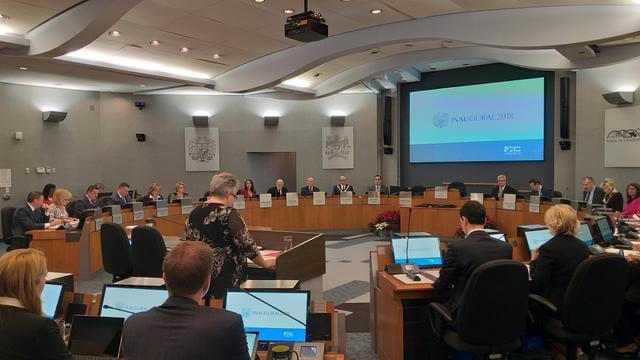 The recent choice of a previous Mississauga councilor as the next chair of Peel Region was paltry no doubt.

Nando Iannicca, recently having completed a 30-year stint as a councilor in Mississauga, was chosen over former Ontario finance minister Charles Sousa on the first round of voting, securing 15 votes from the 24 members Peel Regional Council. 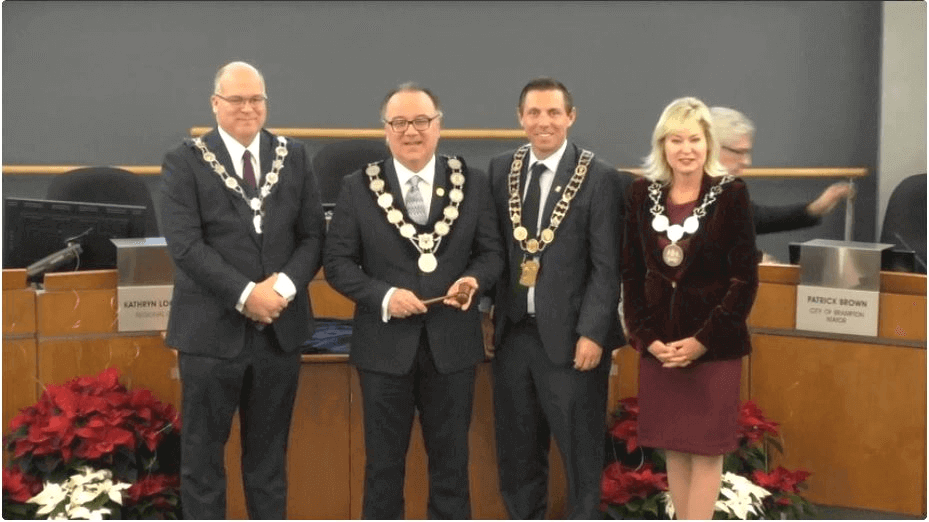 What was surprising was that there were no candidates from Brampton who put their name forward. Former regional councilors Elaine Moore and Gael Miles, alongside former mayor Linda Jeffrey, were rumored to be throwing their hats into the selection process.

Doubtlessly when Sousa declared his intentions Jeffrey, his former provincial colleague, bowed out altogether not to part the vote between two understood Liberal politicians. Moore and Miles would have been long shots also since the Brampton unexpected for the regional council are more on the ‘progressive’ persuasion now that they left office.

Without a doubt, inside that vote the split from Brampton was clear. While Mayor Patrick Brown and Coun. Michael Palleschi voted in favor of Sousa, the other Brampton councilors (Paul Vicente, Rowena Santos, Gurpreet Dhillon, Pat Fortini, and Martin Medeiros) all voted in favor of Iannicca.

Former Mississauga mayor Hazel McCallion was in participation too in the group of onlookers, offering counsel to Brown and seen welcoming Sousa preceding the vote.

McCallion has for some time been a defender of taking Mississauga from Peel Region, a position she endeavored in over 10 years prior when she had her city staff bonus a report recommending that Mississauga would spare $32 million in the event that it was working as a ‘single-tier municipality” without sending charge dollars to Brampton and Caledon.

This is a position that present Mississauga mayor Bonnie Crombie and the majority of her council has been proceeding to advocate for since she took office in 2014. Brampton’s, concerning has dependably been that their current number of regional agents isn’t sufficient. However, Mississauga (which conveys majority voting power) has in the past recommended that seats from Caledon be taken and given to Brampton.

Based on that formula, Caledon would have three regional councilors showed, and Brampton would then get something like nine, while Mississauga would remain with their present 12.

Nonetheless, the issue has now run past simply tinkering with how many seats every city has in local government. Mississauga has made it clear that they wish to leave the Region, while Brampton now under Patrick Brown is in all probability going to proceed with the current formula.

Even more, the reason that the Brampton councilors’ decision to back Iannicca appears to be passing interesting given that he is increasingly helpless to sponsorship a suspension of regional government in a couple of years.

Finally, let’s not forget the nearness of Doug Ford over this whole drama. McCallion embraced Ford amid the provincial election, and having an elected regional seat would toss a torque into McCallion’s plans to break up Peel Region.

Presumably that McCallion and Crombie would favor an independent City of Mississauga short regional governance. Concerning Brampton and Caledon, the thought was that Brampton ought to embrace a similar status that Mississauga would go up against, while Caledon joined with neighboring Dufferin County.

The other choice that lies out there is putting them across the board megacity, the alleged “City of Peel” from the thought’s proponents. Be that as it may, as the Toronto experiment has shown us many years ago, an amalgamated megacity is easier said than done.

Even to this day, Toronto keeps on having governance issues, setting ‘downtown councilors’ against the individuals who represent the inner suburbs such as Etobicoke and Scarborough. The ascent of the late Rob Ford as the city’s mayor is a direct result of that forced amalgamation.

A constrained merger of Mississauga and Brampton, two cities with two distinct histories of advancement, may not be as simple as it sounds.