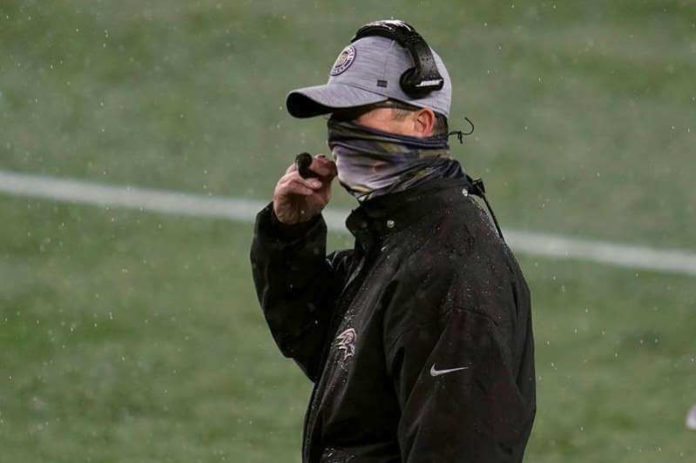 They left even more battered after being pushed around in a 23-17 loss on Sunday night.

That ledger now includes tight end, Nick Boyle, after he was carted off the field in the third quarter. The team said he sustained a knee injury when he had his left leg pinned underneath him while being tackled by Terez Hall following a 4-yard reception.

Defensive tackle Brandon Williams also left with an ankle injury and did not return. And, cornerback Terrell Bonds needed help getting off the field in the third quarter after suffering a knee injury.

The replay of Boyle’s injury looked particularly gruesome, and coach John Harbaugh said he is out for the season.

The Ravens entered the game ranked eighth in the NFL, allowing 102 yards per game. They gave up 173 rushing yards to the Patriots, including a career-high 121 to Damien Harris.

“I’m sure it affected it,” Harbaugh said of the injuries’ toll on the Ravens run defense. “It’s impossible to measure it, but I’m sure it had an impact there,”

It was part of a Murphy’s Law kind of night for Baltimore, which compounded its losses in personnel with miscues on the offense as it struggled to deal with rainy conditions and winds that gusted above 20 mph at times.

Trailing 20-10 in the third quarter, the Ravens were facing 4th and 1 on their own 48, but a bad exchange between Lamar Jackson and center Matt Skura resulted in a five-yard loss.

It happened again in the fourth quarter. Down 23-17, Baltimore had a chance to take the lead with 7:09 remaining. This time an errant snap by Skura resulted in a 16-yard loss, blowing up the possession and leading to a punt. New England was then able to run the clock down, punting the ball back to Baltimore with just 1:05 remaining.

Sunday’s loss ended the Ravens’ road winning streak at 10 and dropped them to 0-6 in the regular season in New England. Baltimore’s streak of scoring at least 20 points in an NFL-record 31 consecutive games also came to an end.

Things don’t get any easier with the Tennessee Titans (6-3) visiting next Sunday.

But Jackson said there isn’t time for them to feel sorry about themselves. With seven games left, they have to turn the page quickly, he said.

“We’re ticked off. Nobody likes losing. We have a lot of talent on our team. We’ve got to regroup” Jackson said. “This loss is over with. We can’t do anything about it. We have to deal with it.”

Receiver Willie Snead said that will start with getting contributions from new places.

“A lot of guys have got to step up,” he said. “We’re going to find out a lot about ourselves. We’ve got a lot of injuries, but that’s uncontrollable. Whoever the next guy has to step up. I’m excited to see what happens to us. We’re 6-3. We’re still in a good spot.”