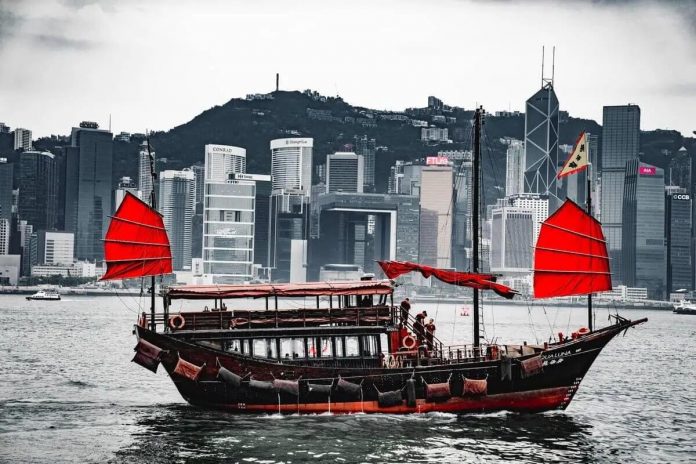 Hong Kong used to be the number one source of immigration to Canada. New IRCC data shows a major increase in Hong Kong residents moving to Canada for permanent residence, and to work and study.
Canada is enjoying a resurgence in immigration from Hong Kong.

Hong Kong was the number one source of immigration to Canada up until 1997, with up to 30,000 Hong Kong residents moving to Canada each year. In 1998, Hong Kong was surpassed by China, India, and the Philippines, which remain the three leading sources of new immigrants to Canada to this day.

Immigration from Hong Kong to Canada boomed leading up to the handover of Hong Kong’s sovereignty from the United Kingdom to China in 1997. Residents of Hong Kong were uncertain of the ramifications of the handover and hence moved to countries such as Canada in pursuit of economic and political stability. Following the handover, far fewer Hong Kong residents moved to Canada and prior to the pandemic, about 1,500 gained Canadian permanent residence each year.

In 2020, Canada sought to build on its longstanding social, cultural, and economic ties with Hong Kong by unveiling a suite of programs to encourage more Hong Kong residents to come to Canada as workers, students, and immigrants.

This included the launch of two new immigration programs:

The open work permit is valid for up to three years and gives Hong Kong residents the chance to work in any job and for any employer of their choice in Canada. After gaining at least one year of Canadian work experience, they can then go on to apply for immigration under Stream B. The eligibility criteria for the open work permit entail having graduated from a post-secondary institution within the last 5 years. Candidates must have obtained a university degree or a diploma from a program that was at least 2 years in duration.

January 2022 data shows IRCC landed an additional 120 people under Stream A and 5 people under Stream B. The reason Stream B figures are currently low is that it will take time for people from Hong Kong to gain the 1 year of Canadian work experience they need to apply to the stream. The data suggests there will be a stronger uptake of Stream B moving forward.

In 2021, 10,143 Hong Kong residents and British Nationals Overseas obtained a Canadian work permit. This is a major increase compared to the 931 people that got work permits in 2019. 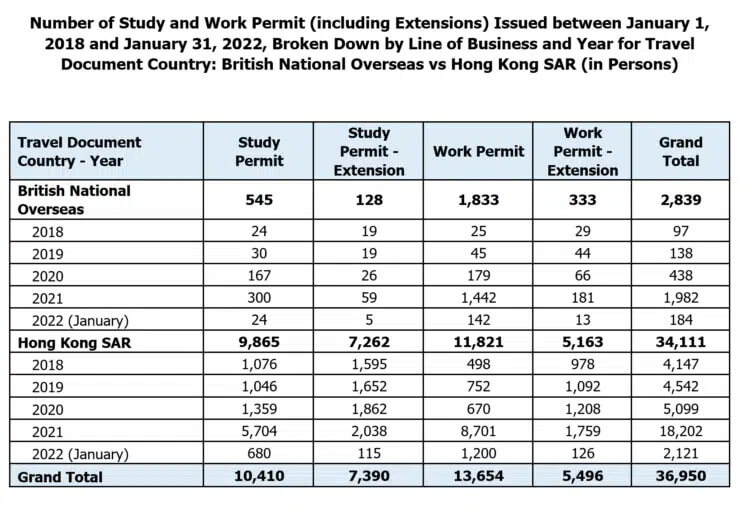 In January alone, IRCC issued over 1,300 work permits to Hong Kong residents. Assuming IRCC maintains this pace, the number of work permits issued to those from Hong Kong would exceed 15,000 by the end of 2022.

Meanwhile, some 6,000 got study permits in 2021, compared to about 1,100 in 2019. Once they complete their studies in Canada, these students may be eligible to apply for immigration under Stream A.

These figures strongly suggest for the first time since 1999, Canada could see the number of Hong Kong permanent residence landings exceed 3,000 people by the end of 2022.