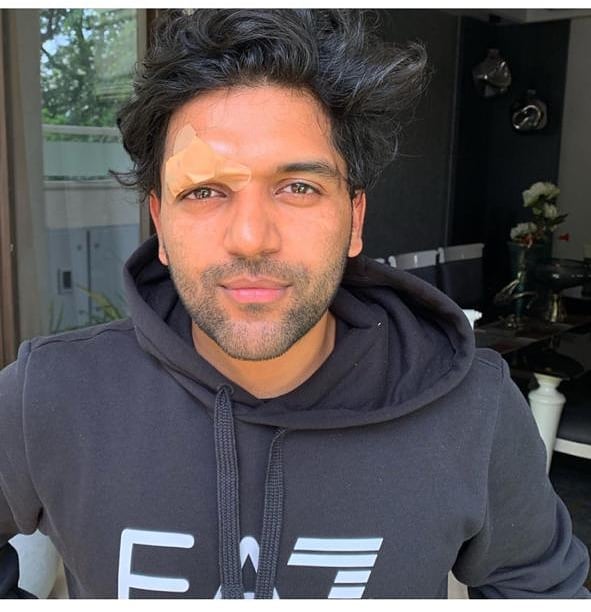 Guru was exiting the Queen Elizabeth Theater in Vancouver on Sunday night when an unidentified man attacked the singer on his head. The assailant has not been identified as of now.

According to reports, the 27-year-old singer is out of danger now. The people at the concert also said that the attacker was behaving in a very rowdy manner even while the singer was performing on stage.

A Huge Country Western Party Is Happening in Brampton Today

Guru Randhwa recently released a song Slowly Slowly in collaboration with famous singer Pitbull. The lyrics of the song are in Punjabi, English and Spanish.

On the work front, Guru Randhawa has also sung all the songs in Diljit Dosanjh and Kriti Sanon film Arjun Patiala, which hit the theaters on July 26, 2019. The singer also has the song Enni Soni from the film Saaho, in which Randhawa will be heard as Prabhas’s voice.

Guru is back in India with four stitches on his right eyebrow and mega successful USA/Canada tour. The incident happened on 28th July in Vancouver when Guru told one punjabi man not to come on stage while he was performing for the audience. That man was trying to come on stage again and again and then he started fighting with everyone backstage. He was known to the local promoter Surinder Sanghera who sent him away during the show. But at the end when Guru finished the show and was leaving the stage, that punjabi man came and hit him hard on his face with a punch , because of which Guru started bleeding on the spot from his forehead above eyebrow and went back to stage and showed it to the audience. That man was with few others and whosoever tried to stopped them, they were punching them and then they all ran away. Guru is home now feeling safe in India. And Guru Said , his Guru Nanak Dev ji has saved him and prayed to Waheguru to give that man a good sense of understanding what to do and what not to. Your love and support is all we need always. Thanks Management Guru Randhawa