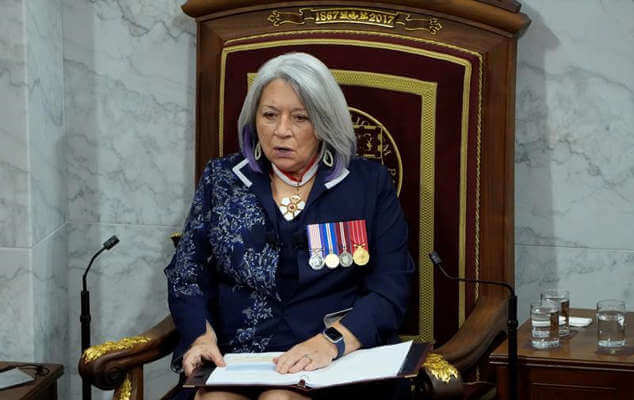 Canada’s first Indigenous Governor-General is making a visit to a number of remote northern Quebec communities, including her own hometown.

She’s also set to meet with local governments, Inuit leaders and elders as she works to promote her office’s priorities of education, mental health and Indigenous reconciliation.

Simon is a well-known Inuk leader who was involved in negotiating the James Bay and Northern Quebec Agreement, Canada’s first land claims agreement.

She was born at a Hudson’s Bay Co. post near the Nunavik village of Kangiqsualujjuaq in 1947 and has said her appointment to the viceregal office is a step forward in reconciliation.

Simon attended a federal government day school as a child, where she was prevented from speaking her mother tongue, Inuktitut. She was also denied the chance at those schools to learn French, she has said.

Quebec Premier François Legault met with Simon on Thursday. He said it’s “not ideal” she doesn’t speak French but she is taking lessons and was able to speak a few sentences to him in the language.

This report by The Canadian Press was first published on May 5, 2022.