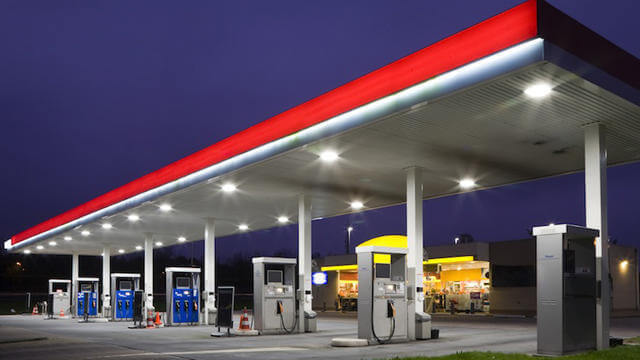 Get ready for a significant drop in gas prices.

Gas prices will be dropping to the lowest they’ve ever been since Oct. 19, 2017, according to @GasBuddyDan on Twitter.

The prices in most of Ontario will see a 2 cents/litre drop.

1. Manitoba
Manitoba is the winner when it comes to gas prices. On average, gas is only $1.07/litre there, which is actually lower than it has been.

2. Ontario
Shockingly, Ontario gas prices are the second cheapest in all of Canada. The average here is a low $1.12/litre.

3. Alberta
Alberta’s average gas prices are not much higher than Ontario’s at only $1.13/litre.

4. Nova Scotia
Nova Scotia also has a comparatively low average gas price. There it is only $1.14/litre.

5. Saskatchewan
Unlike its prairie neighbors, gas prices in Saskatchewan are a bit higher, but still on average only $1.16/litre.

6. PEI
Out of all the maritime provinces, PEI has the second lowest average gas price. There it is only $1.18/litre.

7. New Brunswick
New Brunswick’s average gas price is only marginally higher than PEI right now. In fact, at only 0.8 cents more, their average price is also only $1.18/litre.

9. Newfoundland
When it comes to gas prices, Newfoundland isn’t faring too well. There the average price is a whopping $1.26/litre.

The ultimate loser when it comes to gas prices is BC. Not only are they the highest out of all the provinces. But their average price is $1.38/litre, over 10 cents more than the second highest on the list, Newfoundland.
The good news amongst all these numbers is that everywhere in Canada, even in BC where gas is ridiculously expensive, prices have been going down. After hitting a terrifyingly high average price back in May and June, gas prices have been dropping.

That decrease got even better just within the past month when the average price of gas in Canada fell around 10 cents from $1.29 to $1.18/litre. Currently, that average is sitting around $1.17/litre.

You may want to get to your local gas station earlier to taken advantage of this drop before the lines get too big.