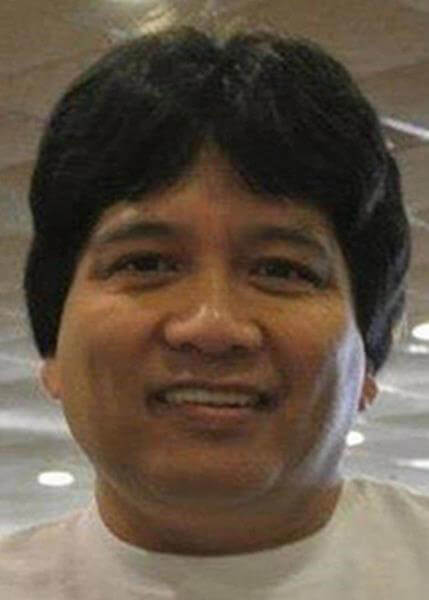 Crown prosecutors say financial desperation led an accused killer to rob and dispose of the body of a man nearly four years ago, while defence lawyers say evidence presented during themonth-longtrial may only prove theft.
Kyle Pietz is charged with manslaughter in the presumed death of Eduardo Balaquit, who was 59 when he was last seen on June 4, 2018, working as a night cleaner at a business in Winnipeg.

His body has never been found.

He argued that Pietz was desperate to get cash, as he was jobless, in debt and owed creditors a significant amount of money.

Court heard Pietz worked at Westcon Equipment and Rentals until early May 2018. Balaquit worked in the same building as a cleaner — a job he had for 22 years.

Weeks before Balaquit’s disappearance, prosecutors alleged Pietz stole $1,700 in cash from a lockbox. Shortly after the theft, Pietz stopped showing up for work.

Defence lawyer Amanda Sansregret said Pietz left his job because he was frustrated with his workplace and wanted to switch careers.

On the last day Balaquit was seen alive, Davidson said Pietz fielded calls from creditors. He had recently defaulted on payments.

“He had no income coming in and only bills coming out,” Davidson said. “You could almost feel the financial desperation building with each phone call.”

The Crown said Pietz’s financial situation led him to his former workplace because it was “an easy mark.”

Court heard that Balaquit showed up for work on June 4, 2018. He disarmed the building’s alarm code at 6:05 p.m. and was never seen or heard from again.

“Balaquit was targeted either personally or as a means to get in that building,” Davidson said.

The Crown alleges Pietz stole Balaquit’s bank cards and Balaquit died during the robbery. It’s further alleged that Pietz put Balaquit’s body in his SUV, covered it with boxes and transported it to a rural area outside the city.

During the investigation, Pietz told police he was driving past his former workplace when he saw Balaquit outside unloading garbage bags, said Sansregret. Pietz told officers he spoke with Balaquit outside the building and asked the cleaner for some boxes for packing purposes.

No one has testified that they saw the two together that evening.

Sansregret said the Crown’s contention that Pietz killed Balaquit for financial reasons is nothing but a theory.

“A lot of people have money problems. Money problems are a pretty common thing to have. It’s not motive to kill the night cleaner,” she told the jury.

Court previously heard that officers found a Post-it note with Balaquit’s personal identification numbers on it in Pietz’s home, but were unable to locate the actual cards.

Balaquit’s accounts were drained of $700. One of Pietz’s sisters identified him as the man in security footage showing a man taking money out of an ATM at a convenience store, said an agreed statement of facts.

Sansregret said the exhibits presented may be evidence of theft but not evidence of manslaughter.

Court also heard from a man who admitted to breaking into Balaquit’s vanandstealingthe missing man’s wallet on the night of his disappearance.

Police were unable to determine how they believe Balaquit died. Forensics found no traces of blood in the building or in Pietz’s car and home.

“Lack of any forensic evidence … lack of a body … is such that Mr. Pietz cannot be convicted,” said Sansregret.

Balaquit’s family testified he was a hard-working father whose life was full of consistency and routine.

“Eduardo Balaquit did not choose to disappear,” Davidson told the jury.

Queen’s Bench Justice Sadie Bond is expected to give her instructions for jury deliberations Wednesday.

This report by The Canadian Press was first published May 3, 2022.

This story was produced with the financial assistance of the Meta and Canadian Press News Fellowship.