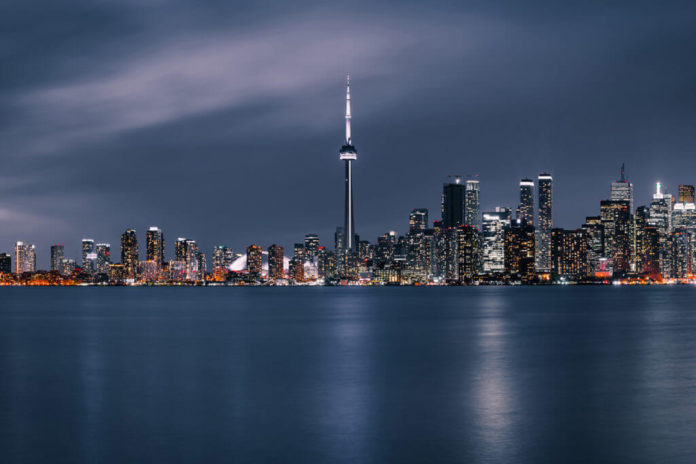 The new Express Entry round issued 600 invitations to candidates with Comprehensive Ranking System (CRS) scores of 771. Invited candidates needed a provincial nomination from a Provincial Nominee Program (PNP) in order to be selected. PNP recipients automatically get 600 CRS points added to their base human capital score.

Today’s draw was the third round this month to issue Invitations to Apply (ITAs) for Canadian permanent residence.

Another 250 ITAs were issued to Express Entry candidates nominated through the Federal Skilled Trades Program on August 6. The minimum CRS score for candidates selected in that rare draw was 415.

The day before, on August 5, Canada also issued 3,900 ITAs to candidates with scores of 476 in an all-program draw.

If Canada continues the pattern that it started after the coronavirus lockdown on March 18, then tomorrow there is a chance that a Canadian Experience Class draw will be held.

The highest-ranked candidates in the Express Entry pool are issued ITAs in regular invitation rounds.

Today’s draw was the 27th draw of 2020 and brings the total number of ITAs issued this year to 62,450, a new record for this date. This means that despite the current COVID-19 pandemic, Canada’s government is still working towards its immigration targets for 2020.

Today’s minimum score of 771 was the highest CRS score cutoff of the year. It could be partially due to a large number of candidates being in the Express Entry pool.

The time between draws is an important factor that can have an effect on the CRS cut-off score. Shorter intervals between draws mean fewer candidates have time to enter a profile in the Express Entry pool. 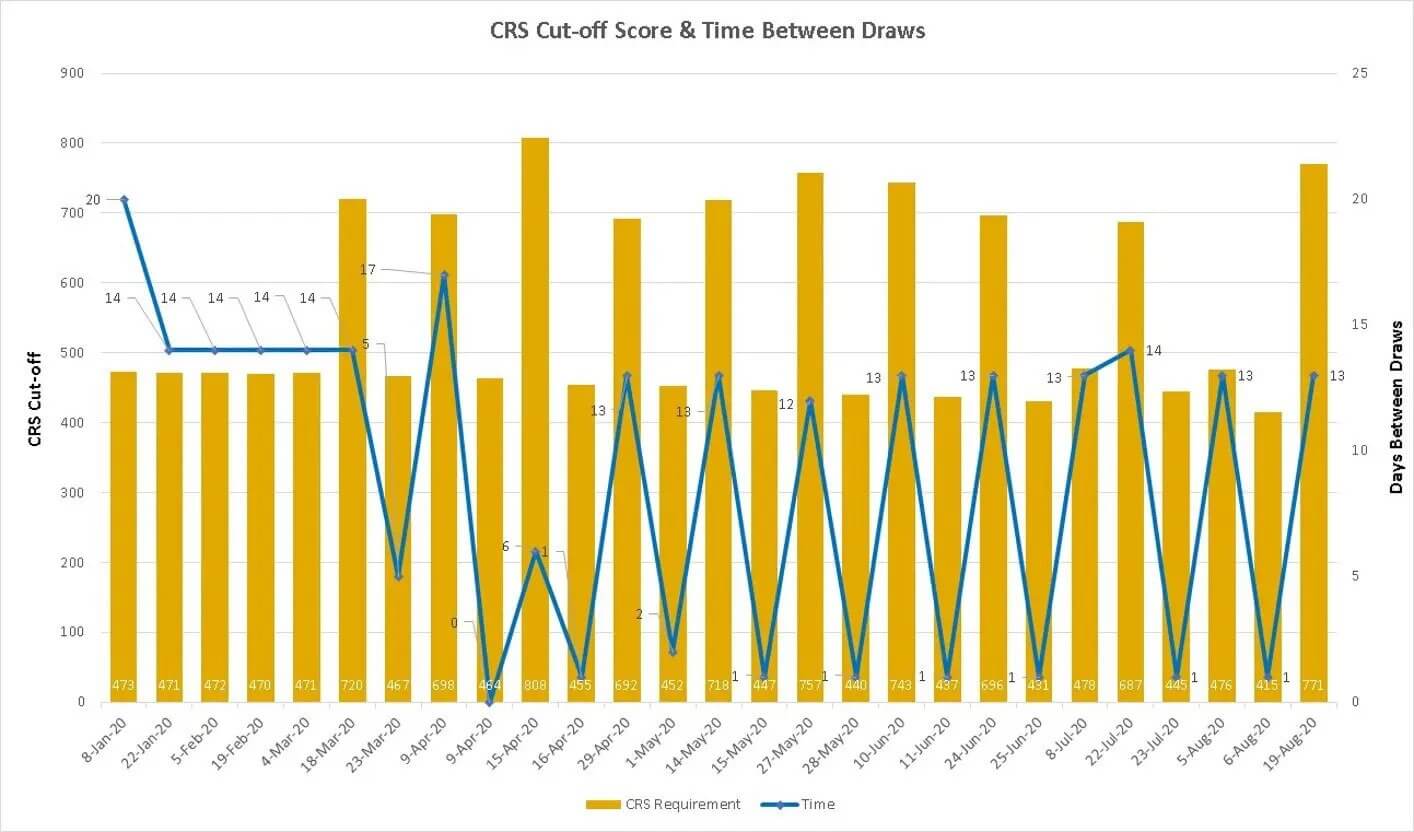 IRCC used its tie-break rule in today’s draw. The timestamp used was July 24, 2020 at 11:29:33 UTC. This means that all candidates with a CRS score above 771, as well as those candidates with scores of 771 who entered their profile in the Express Entry pool before the selected date and time, received an ITA in this invitation round.

The tie-break rule is used to rank candidates who have the same CRS score. A candidate’s CRS score remains the primary factor in selecting candidates to be invited to apply for permanent residence.

Eligible candidates for each program are issued a score under Express Entry’s CRS, which awards points for factors such as age, education, skilled work experience and proficiency in English or French.

While a job offer is not required in order to be eligible under the Express Entry system, the CRS does award additional points to candidates who have one.

A set number of the highest-scoring candidates are issued an invitation to apply for Canadian permanent residence through regular draws from the pool, which typically take place every two weeks.

The Government of Canada has a processing standard of six months for permanent residence applications filed through the Express Entry system.

Ram is 31 years old, holds a bachelor’s degree and has an advanced English language proficiency. He has been working as a software engineer for five years. Ram has never worked or studied in Canada. Ram entered the Express Entry pool with a CRS score of 430. On May 13, Ram was issued a notification of interest from Ontario’s Human Capital Priorities Stream and was then able to apply for a provincial nomination through the Ontario Immigrant Nominee Program (OINP). Ram’s CRS score increased to 1030 and he received an Invitation to Apply for permanent residence during the August 19 Express Entry draw.