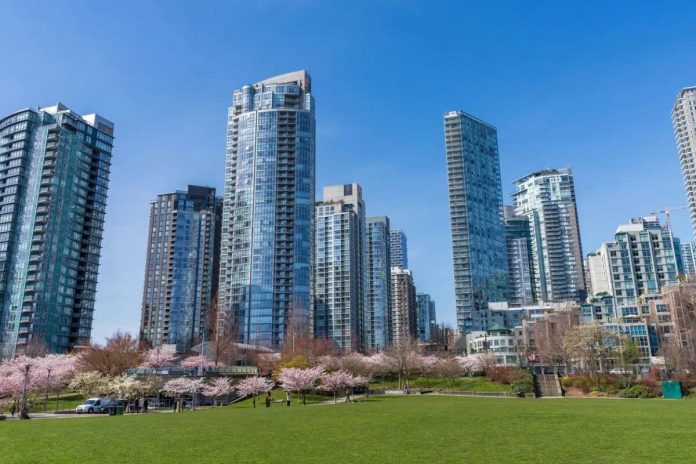 All invited candidates had previously received a nomination from a Provincial Nominee Program (PNP) and had a Comprehensive Ranking System (CRS) of at least 752. The minimum score was relatively high because Express Entry candidates get an automatic 600 points added to their score when they receive a provincial nomination. Without the nomination, the lowest-scoring candidates would have had 152 base points.

In the previous draw, Immigration, Refugees and Citizenship Canada (IRCC) invited 932 Express Entry candidates with scores of at least 796.

Could this be the last PNP draw?
Yesterday, CIC News spoke with Immigration Minister Sean Fraser at the Collision Conference in Toronto, where the minister said IRCC is “tentatively” looking to resume all-program draws on July 6.

This past April, Fraser announced that Express Entry invitations for Federal Skilled Worker Program (FSWP) and Canadian Experience Class (CEC) candidates will resume by early July, but at that time did not offer a date.

Since September 2021, IRCC has only held draws for PNP candidates. IRCC has temporarily paused draws for CEC and FSWP candidates to reduce the Express Entry backlog, which was exacerbated by the pandemic.

IRCC’s application inventory of the three Express Entry programs has improved since the announcement. As of June 1, it stands at 31,603 persons compared to 40,889 at the end of April.

Although all-program draws could resume in two weeks, it may not be the end of PNP draws forever. Before the pandemic, IRCC occasionally held PNP-only draws. IRCC sees the PNP as paramount to supporting the economic development regions across Canada.

Further, Bill C-19 is on its way to being passed in the Canadian Parliament, which will allow IRCC to invite candidates whose profiles match the government’s economic priorities. For example, the government may hold occupation-specific draws for candidates who are working in an occupation where there is a labor shortage. 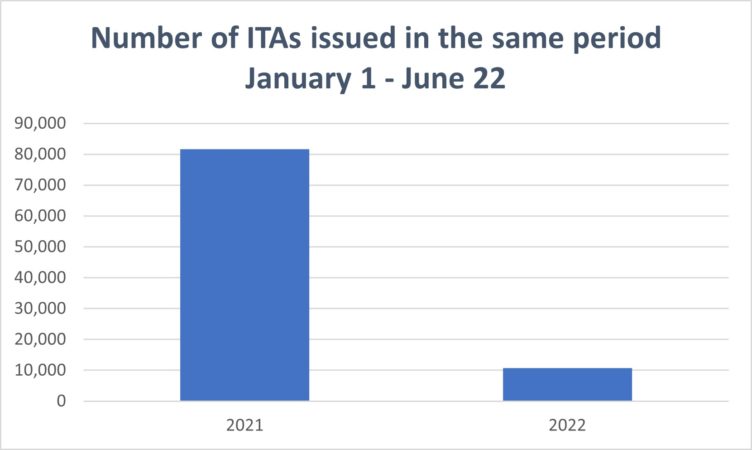 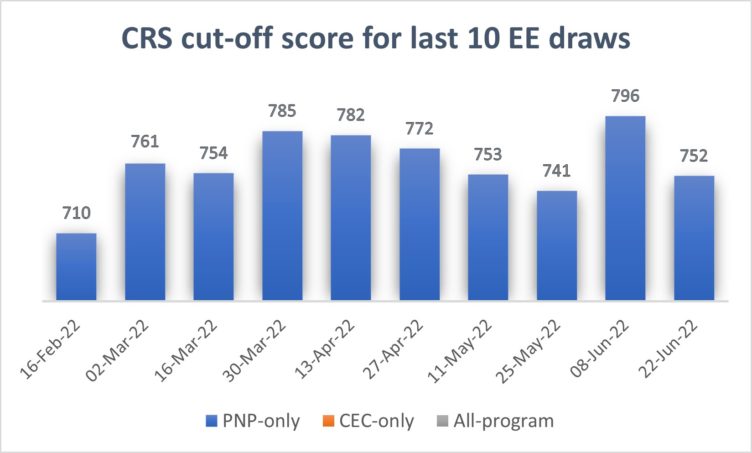 Who was invited?
The following is a hypothetical example of someone who may have been invited to the new Express Entry draw.

Manjit is 39, holds a bachelor’s degree, and has been working as a construction manager for six years. He has an advanced English language proficiency and has never worked or studied in Canada. He entered the Express Entry pool with a CRS score of 386. Manjit recently received a provincial nomination. His new CRS score of 986 would have been high enough to get an ITA in the new Express Entry draw.