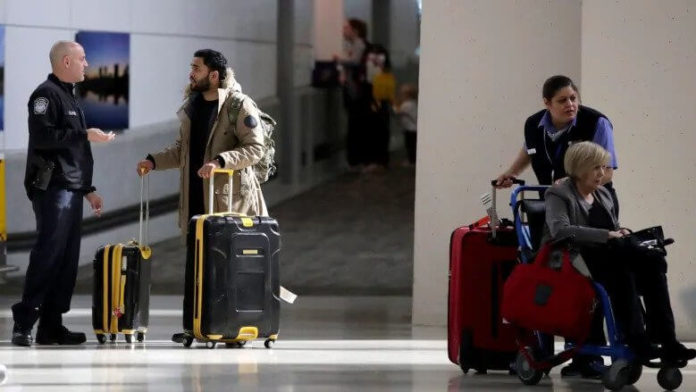 Canada had been on a list of countries where travel was approved. EU officials are moving to halt Canadians from travelling to the block of European countries amid the coronavirus pandemic.

In July, the EU set up a list of countries whose citizens would be allowed access for non-essential travel.

Canada had been on the approved list from Day 1, along with 14 other countries.

The United States has been on the list of banned countries from the start.

In August, the EU removed Algeria, Montenegro, Morocco and Serbia from the list because of rising COVID-19 case numbers in those countries.

Officials meet every two weeks to decide if any changes should be made to the list, and no changes had been recommended since then.

On Wednesday, officials met for their regularly scheduled meeting. According to Reuters, Bloomberg and other reports, they decided to remove three countries — Canada, Tunisia and Georgia — while adding Singapore to the approved travel list.

An EU official speaking on condition of anonymity confirmed to Brampton News that the bloc has decided to change the makeup of the list, the finalized version of which is expected to be made public within days.

According to Canada coronavirus tracker, there are more than 203,000 confirmed cases of the disease across Canada, with 2,251 new cases on Tuesday.

The decision doesn’t ban travel immediately, nor is it necessarily strictly enforced in every EU country.

Some countries, such as France, have not placed any restrictions on visitors from countries on the list. Germany has pared the list down while Italy requires a period of self-isolation and demands travelers take a private vehicle to their destinations even if they are on the list.

The Canada Border Services Agency doesn’t provide a detailed breakdown of how many Canadians have been travelling to various EU countries, but Statistics Canada does note that in July, the month with the most up to date data, 9,045 people came to Canada from Europe, including 2,044 from France, 691 from the Netherlands and 857 from Germany.