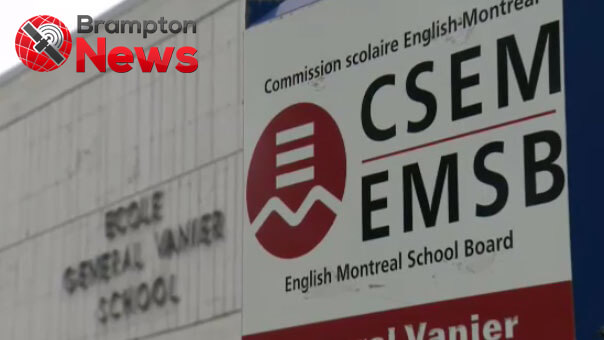 MONTREAL – The Montreal English School Board brought the Quebec government to court over whether the forced transfer of schools violated the language rights of minority English.

In the latest legal salvo involving the forced transfer of two east-end Montreal schools to a nearby French council, the school council lawyer filed a motion asking the court to decide on the portion of the Education Act used to transfer schools.

In July, a judge rejected a request by the Montreal English School Board asking for a court order to stop the transfer, saying that it failed to show the problem was urgent. The judge also found that the French council would suffer more if the transfer was stopped.

Now, while waiting for the case to be heard on its merits, the council’s lawyer asked the court to decide whether part of the Education Act used to transfer schools respecting the rights of the English minority in Quebec. Part of this law allows the government to confiscate school buildings and move them.

The British Council has been affected by demographics and registrations are declining, and female chairman Angela Mancini said she was worried a similar transfer would be imposed in the future.

When he moved the school by decree last July, Quebec Education Minister Jean-Francois Roberge believes the French system is short of 3,000 spaces while some English language schools in the eastern end of Montreal operate with a capacity of about half.

“Schools (the Council of France) are overflowing, and the right to education for hundreds of students is disturbed,” Bouchard wrote. “This action avoids the worst for the new school year, and we continue to believe that in this extraordinary circumstance, it is the right decision to make.”

Bouchard declined to comment further because the problem was in court.

Mancini said the council also asked the Quebec government to request the opinion of the Quebec Court of Appeals regarding a bill intended to abolish the school board. The Council believes that the move is contrary to the Canadian Charter of Rights and Freedoms.

“Specifically, the EMSB wants to get a clear answer from the court about whether the school board governance is constitutionally protected for the Quebec English-speaking community,” Mancini said.