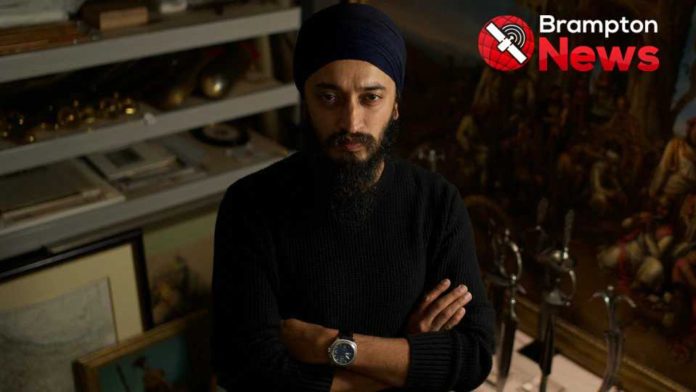 The connected histories of the British empire and the Sikh empire means that there is a large number of artifacts dispersed across the globe, having traveled out of India over centuries as gifts, auction purchases, items looted or as trophies of war.

From a teenage volunteer at the Victoria & Albert Museum’s exhibition on Sikh art in 1999, London-based Davinder Toor has today put together one of the finest private collections of Sikh art, gathering rare artifacts from various countries.

The connected histories of the British empire and the Sikh empire means that there is a large number of artifacts dispersed across the globe, having traveled out of India over centuries as gifts, auction purchases, items looted or as trophies of war.

After showcasing the items in various exhibitions in the UK, US, Europe, and Canada, Toor will launch a book – titled ‘In Pursuit of Empire: Treasures from the Toor Collection of Sikh Art – in June in London, containing 150 illustrations of some of the rare artefacts.

“The plan is to continue collecting and someday maybe set up a museum as a repository of Sikh heritage. The most important items are those directly associated with Sikh royals and nobles. I have been financing my passion myself but collaborate to hold exhibitions”, Toor said.

Born in London to immigrants from Punjab who arrived here in the 1960s, Toor trained as an optometrist and is engaged in medical research. He will also discuss his work on collecting the items at the Jaipur Literature Festival at the British Library in London in June.

Toor recalls that not every item is easy to collect: “Some auctions are highly contested, particularly by buyers from the Gulf countries interested in such artefacts. There is an overlap of tradition, mixing of Hindu, Muslim, Sikh cultures; the items reflect the inclusiveness of the Sikh historical landscape”.

Several people from Punjab and India traveled to London in 2018 for a major exhibition at the School of Oriental and African Studies, titled ‘Empire of the Sikhs’. Toor’s book to be launched in June was released in the form of a booklet during the exhibition and includes a new introduction by writer William Dalrymple.

Toor, who has featured in documentaries along with objects from his collection, said there are no immediate plans to hold an exhibition in India, but the next one is scheduled to be held in Toronto in 2021.

Besides artifacts associated with Sikh royals and nobles, such as swords and jewelry, Toor’s collection includes objects created by artists, writers, photographers, cartographers, and craftsmen, including Europeans who explored Sikh themes.

Some of these are: