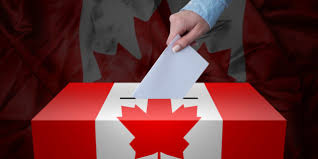 This week points the start of the countdown: Less than one year until the next federal election.

Pursuing a cutting edge, the national campaign is a huge enterprise, requiring hundreds of people willing to stand as candidates, thousands of volunteers to knock on voters’ doors and millions of dollars in the bank to pay for it all.

Each little bit counts: Nanos Research polls demonstrate to to show the Liberals continue to command the most support, but their lead over the Conservatives has gotten considerably smaller in 2018.

With one year to go, we checked in with all the major federal parties to see how ready they are.

Conservatives
The Conservative Party of Canada has selected 148 competitors the nation over (out of 338), and 23 nominations are now underway and will be finished before the year’s end, said party representative Cory Hann.

The party’s manager for the following effort is Hamish Marshall, the strategist, and pollster who regulated Andrew Scheer’s successful authority offer in 2017 and who earlier worked under Stephen Harper.

The Conservative Party had $8.5-million in the bank as of its national tradition in August. Elections Canada records show the party raised $18.8-million in 2017 and $12-million in the first half of 2018.

Greens
Green Party Leader Elizabeth May is one of more than 30 competitors who is getting for their selection gatherings. To this point, three candidates have just been selected: Claude Bertrand (Pontiac), Amita Kuttner (Burnaby North-Seymour) and David Merner (Esquimalt-Saanich-Sooke).

Spokesman Rod Leggett said the gathering has selected its campaign manager and senior campaign counselor, yet isn’t prepared to report their identity. With respect to Green’s bank account, he said the party is on track to surpass its financial goals by the second quarter of 2019. Elections Canada records show the party raised $2.5-million in 2017 and another million in the first six months of this year.

And the Bloc is not currently ready for next year’s election. They have not formally nominated any candidates and they do not even have a leader: Martine Ouellet was ousted in June, and she has not yet been replaced. The leadership turmoil earlier this year resulted in seven of the party’s 10 MPs leaving the BQ caucus. They all came back after Ms. Ouellet left.