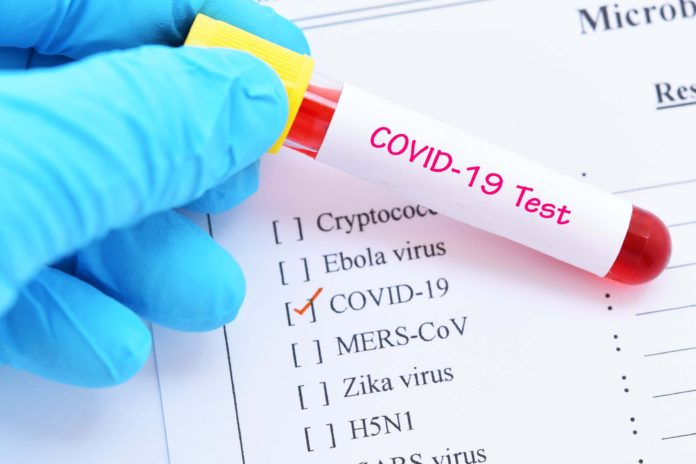 A Canadian company says it has received approval from Health Canada for a rapid portable test to detect the novel coronavirus.

Based in Ottawa, Spartan Bioscience said in a news release Sunday that federal government approval means its tests can now start heading out the door to “federal and provincial government partners starting immediately.”

“We are ready to start shipping our portable COVID-19 test to the federal and provincial governments, and to make them widely available to Canadians,” said CEO Paul Lem in the statement.

He said the government worked closely with the company in order to “expedite the review and approval process.”

The rapid test uses a coffee-cup-sized portable DNA analyzer — the Spartan Cube — as well as test cartridges and swabs. The company said this allows the test to be carried out by “non-laboratory personnel” in places like airports or pharmacies, or remote regions of the country.

Experts have previously said that rapid testing is crucial for remote communities as well for keeping people safe when returning to work, and allowing borders that shut down at the start of the pandemic to re-open safely.

“Imagine quarantining people for as long as it takes for someone to pick up their luggage at an airport, where it’s either yes or no,” infection control epidemiologist Colin Furness told Brampton News in an interview last week.

“The general idea of trying to scale up capacity through rapid testing is an excellent thing.”

According to a statement by Alberta Health Services, Spartan’s tests can provide results in less than an hour. The governments of both Ontario and Alberta have turned to the company to scale up testing capacity in each province.

Alberta Health Services said it has a $9.5-million contract for 250 handheld devices and 100,000 testing kits, which it hopes will speed up testing in rural areas. At the end of March, Ontario Premier Doug Ford said the province purchased more than 900,000 COVID-19 testing kits.

Most COVID-19 testing is currently done using a long nasopharyngeal swab, inserted into the nose. Swabs are then sent to a hospital or public health lab, where they are processed in a large machine designed for polymerase chain reaction (PCR) tests.

The Spartan cube uses an identical test that has been published by the U.S. Centers for Disease Control and Prevention which has a 100-per-cent accuracy rate, according to a recent interview Lem did with Brampton News.

As of Sunday night, Health Canada’s website didn’t have any information about approval for this rapid test.