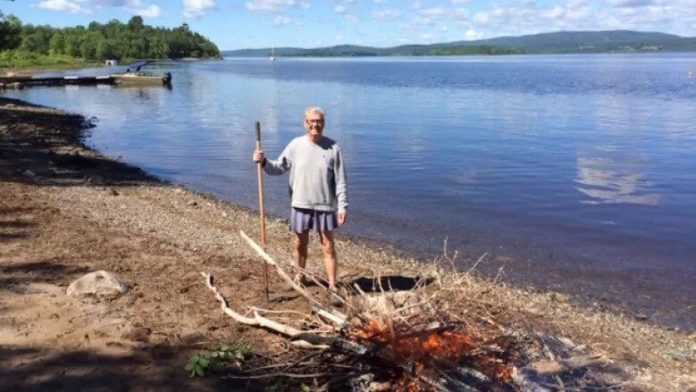 ‘Non-essential’ visits to N.B. by non-residents forbidden, including hundreds who own camps, cottages.

Wayne Perry lives in Toronto but was born and raised in New Brunswick. He normally spends spring and summer at his house in Long Reach along the St. John River.

But not this spring.

Despite a lifetime connection to New Brunswick, the 78-year-old Perry is banned from entering the province as a non-resident under tight border restrictions established to stop the potential importation of the COVID-19 virus into New Brunswick by infected visitors.

Perry understands the reasons for the ban, but its underlying message — that he’s an outsider in his birth province with no more status to enter than a random tourist — has been difficult to hear.

“Under the circumstances, it [the ban] is a logical decision. I can’t argue with that. I think I would do the same. But I’m upset. It’s home,” said Perry of the Kings County property he bought in 2011, at the end of a professional life spent away.

“It is painful to be here [in Toronto] right now but I don’t know what to do. If there was a way of getting down there I’d get picked up tomorrow and drive down.”

Perry was born in Saint John in 1942. He grew up in the north end of the city, graduated from Saint John High School and earned a degree from the University of New Brunswick in 1965.

Those ties remain strong. He was on the organizing committee for his 60th high school reunion this summer, until it was canceled because of the pandemic.

His parents and grandparents are buried in New Brunswick and he pays substantial taxes on his Long Reach home, which this year the province raised nearly four percent to $9,993.

He doesn’t begrudge the amount, or the fact the province still intends to collect on it while forbidding him from living there.

LATEST OUTBREAKS: List of long-term care homes with COVID-19 outbreaks in Brampton – May 8, 2020

“When I first bought the house I thought, well, you know, there’s a price I’ll have to pay to be there and, yeah, I’ll pay it.”

Perry considers himself to be similar to New Brunswick residents who winter in Florida and were welcomed back into the province in March and April on the condition they self-isolate for 14 days. He said the only difference is he winters in Toronto.

But he doesn’t have a New Brunswick license or medicare card, the standard by which the province judges citizenship, and he has been told by Service New Brunswick that without those credentials he is a visitor, and visitors are not welcome in the province at the moment.

“It doesn’t make any difference,” said Perry of his deep personal connections to New Brunswick. “I’m considered as a cottager and a non-resident.”

New Brunswick has a long history with summer residents like Perry.

The province has thousands of kilometers of lake, river, and ocean frontage and for generations Canadians, Americans and Europeans have sought it out as an idyllic waterside summer retreat.

In some New Brunswick summer communities, like ​​​​​​Pointe-du-Chêne next to Parlee Beach, nearly half of the vacation properties on some streets belong to out-of-province owners.

But it’s a relationship being tested by the province’s aggressive response to the pandemic.

Last week, Premier Blaine Higgs said there will be no exceptions to New Brunswick’s ban on visitors from outside the province, even if they are originally from New Brunswick and own residences where they can quarantine upon arrival.

“I recognize the value of having property owners here that are spending money in New Brunswick and enjoying what we enjoy every day here by living here,” Higgs said last week about people like Perry.

“But at this point in time it’s too early to open the borders up especially … in a situation that we see with what they’re currently dealing with in Ontario or Quebec.”

That’s not what Richard Lawlor was hoping to hear.

Born and raised in Saint John, Lawlor has spent three decades as an engineer in Hamilton, Ont., but never forgetting his origins in New Brunswick.

He and his wife Yvonne vacationed frequently in the province and in 2012 made that practice permanent, buying a summer home not far from Wayne Perry’s house in Long Reach.

“Incredible sunsets. The weather is warm. The people are warm and friendly and its quiet. I’m a sailor and it’s a lovely area to sail,” said Lawlor, who was stunned to learn the province is now closed to families like his.

There have been suggestions from the Canadian Constitution Foundation that New Brunswick’s ban on Canadians coming to the province may be unconstitutional, but that issue, if courts ever do address it, will likely take years to resolve.

Higgs said last week it might be possible for public health officials to develop a specific plan to accommodate the arrival of out-of-province residents who own property in New Brunswick although none has been proposed as yet.

“So I’m not ruling that out at all,” he said

Lawlor and Perry are both in favor of any resolution that will reopen the province to people like them, particularly those born in New Brunswick in the first place.