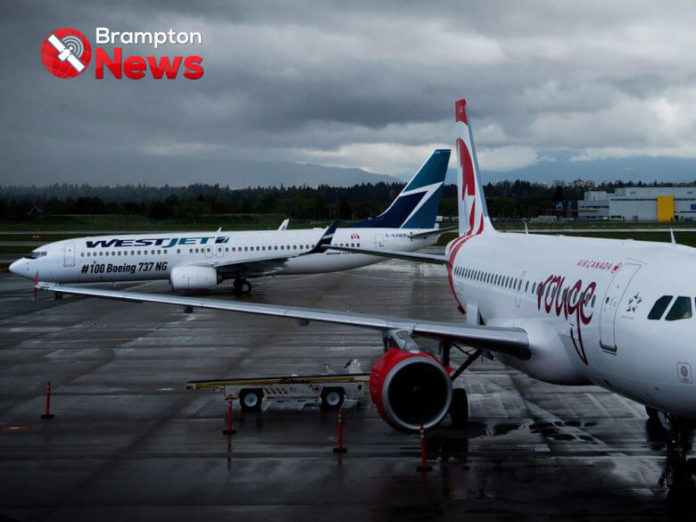 The ministers responsible for immigration met online last Friday, July 24, to discuss the impacts of coronavirus on the Canadian immigration system.

In addition to these agreements, the two levels of government have regular meetings like this most recent one to discuss current issues in immigration and plan for the future. On Friday, the ministers agreed to push forward with a “strong immigration system.”

Context of federal-provincial collaboration on immigration

Immigration was outlined as an area of shared jurisdiction upon Canada’s founding due to its importance in supporting the economic growth and security of the country’s first four provinces: New Brunswick, Nova Scotia, Quebec, and Ontario.

In the early years following Confederation, the federal government and provinces met to discuss how to attract more immigrants to Canada.

Provincial involvement in immigration declined for the next century as the federal government managed the space. This changed in the late 1960s when Quebec wanted more autonomy so it could welcome more Francophone immigrants.

In the 1990s, the rest of Canada’s provinces and territories also sought more autonomy over immigration so they could attract immigrants to meet their labor market needs in wake of their aging populations and low birth rates. This led to the launch of the Provincial Nominee Program (PNP).

Since 2003, the ministers responsible for immigration have met every single year in what has been the longest period of time in Canadian history that the two levels of government have formally sat together at one table to shape immigration policy. These meetings are very likely here to stay given their shared constitutional authority and the shared interest both levels of government have in welcoming more immigrants.

What the ministers discussed

In addition to discussing the coronavirus pandemic’s impact on the immigration system, the ministers discussed immigration levels planning and regional economic immigration. They considered approving the Federal-Provincial-Territorial Strategic Plan for Immigration 2020-2023, which would outline their priorities for immigration over this period.

International students were named as key drivers in economic and demographic growth, which are important to Canada’s economic recovery and long-term success.

Though current travel restrictions affect Canada’s ability to receive new immigrants in the short term, the long-term drivers for immigration level increases remain. Canada is still experiencing labor shortages in multiple sectors and facing an aging population at the same time as a low birth rate. Immigration is key to ensuring that Canada maintains positive population growth and fills gaps in the labor market.

The date for the next meeting has not been determined, a representative from the forum of ministers told CIC News, however, based on precedent, the next meeting is likely to take place in the fall. It would be shortly before the new immigration levels are announced for 2021-2023.

What the meeting means for immigrants

The frequent meetings between the two levels of government help to explain why Canada has such a strong and successful immigration system. As was the case back in 1867, Canada today is a very diverse country with different economic and social conditions in each province and territory. Incorporating the perspectives of various constituents into the immigration system enables Canada to harness immigration to benefit as many corners of the country as possible.

Minister Mendicino has continuously stressed throughout the pandemic the federal government’s commitment to welcoming global talent from all corners of the globe.

The actions of the federal government and provinces speak louder than words.

Throughout the pandemic, both levels of government have continued to welcome immigrants through Express Entry, PNP draws in Nova Scotia, Ontario, Manitoba, Saskatchewan, Alberta, and British Columbia, as well as through Quebec’s system.

During the next meeting between the ministers, they will need to re-evaluate how the pandemic is likely to affect the immigration system in 2021 and beyond. The future remains unclear at the moment due to the pandemic. What is clear, however, is that the pandemic has not had a negative impact on the desire of the federal and provincial governments to maintain Canada’s open and welcoming immigration system.

“Although we’ve had a disruption this year due to COVID-19, now is the time, more than ever, to work together to attract, welcome and retain new Canadians,” Trevor Holder, the co-chair of the Forum of Ministers Responsible for Immigration, said in a media release. Holder, who is also New Brunswick’s minister responsible for immigration, added that “Together, we can grow into an even more prosperous country where newcomers and their families can settle, succeed and contribute to our communities.”