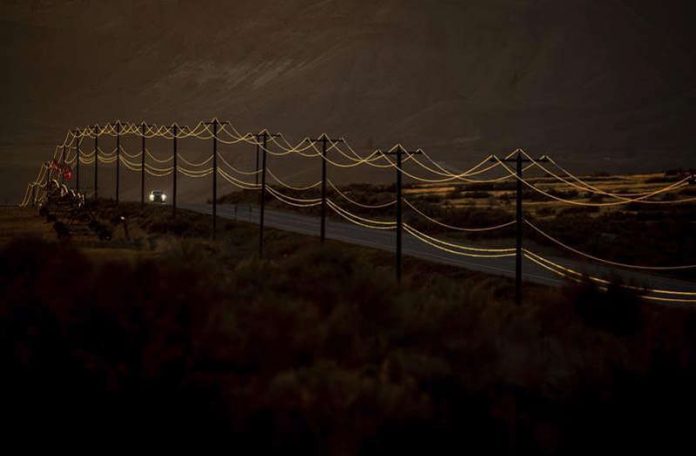 OTTAWA — Canada’s greenhouse gas emissions plummeted to their lowest level in almost three decades in 2020 as pandemic restrictions kept cars off the road and grounded airplanes for months on end.

But a new and more accurate way to count methane emissions from the oil and gas industry means Canada emitted more than previously thought over the last 25 years, dampening some of the better news in the emissions report published Thursday.

Environment Minister Steven Guilbeault said in a written statement that overall the 2020 report is a good news day for the planet.

That year, Canada produced 672 million tonnes of carbon dioxide or its equivalent weight in methane, nitrous oxide and the other gases that trap heat in the atmosphere and contribute to global warming.

“Canada is moving in the right direction,” Guilbeault said.

There is still a huge distance to go to meet Canada’s new target to cut emissions to no more than 60 per cent of what they were in 2005 by 2030.

Canada needs to emit less than 445 million tonnes in 2030 to hit that goal.

Emissions haven’t been lower than they were in 2020 since the mid-1990s. But Guilbeault warns the big drop won’t be sustained in 2021, because pandemic restrictions loosened and economic activity was more normal.

Emissions from road transportation fell more than 14 per cent in 2020, accounting for two-thirds of Canada’s total reduction. Aviation emissions were cut almost in half.

Emissions also fell in manufacturing and oil and gas extraction, most of which can be attributed to pandemic closures and slowdowns.

Data published in the journal Nature in January 2021 said global emissions dropped 6.4 per cent in 2020, while an analysis by the Global Carbon Project estimated they were down at least seven per cent.

Smith said a drop in emissions is “welcome news” but is dismayed that Canada publishes nothing domestically about its emissions for more than two years after the end of each reporting period.

Environment and Climate Change Canada collects and analyzes data submitted by major emitters and provincial governments, a process that takes more than 24 months.

Smith said the United Kingdom publishes a provisional report on emissions just three months after the end of each year.

“Canada should follow suit,” she said. “As we’ve learned with COVID, up-to-date data better informs decision-making. It also makes governments more accountable as the impacts of their policies are more closely tracked.”

Not all the cuts to Canada’s emissions in 2020 can be attributed to the pandemic. Alberta’s ongoing effort to transition away from coal-fired electricity plants helped slash emissions from electrical and heat production more than 11 per cent in 2020, a cut that will be sustained going forward.

Alberta’s coal phaseout was to be completed by 2030 but is seven years ahead of schedule.

Since 2005, total emissions from electricity and heat have fallen by more than half as all provinces move away from coal. The federal government is mandating an end to all unabated coal-fired power plants by 2030.

The other big change in the 2020 report was a new method to calculate methane emissions. The change, which is in keeping with the standards set by the United Nations Intergovernmental Panel on Climate Change, came after numerous studies showed methane leaking out of oil and gas production sites was higher than previously thought.

There were also adjustments made to how emissions coming from agricultural soils are counted.

The changes were applied not just for 2020 but revised emissions counts all the way back to 2005. Between 2015 and 2019, the adjustments mean Canada emitted 47 million tonnes more than previously thought.

However, Guilbeault said the efforts underway to cut methane leaks are showing progress and are on track to meet the goal to reduce methane emissions from the oil and gas sector at least 40 per cent compared to 2012 levels by 2025.

The change also showed that instead of emissions increasing in 2019 like previously thought, they actually started to decline.

This report by The Canadian Press was first published April 14, 2022.