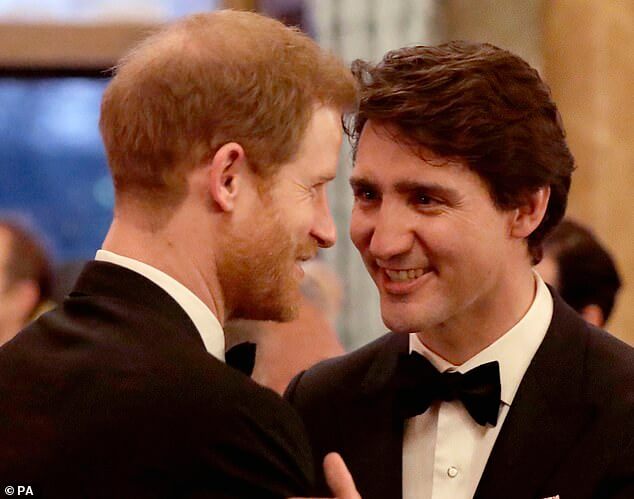 “The assistance will cease in the coming weeks, in keeping with their change in status,” the office of Public Safety Minister Bill Blair said.

LONDON — The Canadian government will no longer pay for Prince Harry and Meghan’s security, it said in a statement Thursday.

The Duke and Duchess of Sussex have been living on picturesque Vancouver Island in the northeastern Pacific Ocean, just off the coast of British Columbia, where their security has been provided in part, by officers from the Royal Canadian Mounted Police.

While the couple has been welcomed in Canada, there has been public opposition to taxpayers paying for their security — something that will no longer happen, according to a statement from the office of the Minister of Public Safety Bill Blair.

“As the Duke and Duchess are currently recognized as Internationally Protected Persons, Canada has an obligation to provide security assistance on an as-needed basis,” it said.

But after they formally step down as senior royals March 31, the statement said, the “assistance will cease in the coming weeks, in keeping with their change in status.”

Their decision “to re-locate to Canada on a part-time basis presented our government with a unique and unprecedented set of circumstances,” the statement said, adding that the RCMP had been providing assistance to London’s Metropolitan Police with their security.

Buckingham Palace declined to comment, while a spokesperson for the Metropolitan Police said the force did not comment on ongoing matters of national security.

The news comes less than a week after the royal couple dropped their “Sussex Royal” brand, because of specific U.K. government rules surrounding the use of the word “royal.”

The Sussexes stunned the public when they announced last month that they intended to “step back” from the royal family, divide their time between the United Kingdom and North America, and start paying their own bills.

A dramatic week followed as the palace announced that Queen Elizabeth II wanted to quickly come to an agreement on the couple’s future. Prince Harry met with his grandmother; his father, Prince Charles, and his older brother, Prince William, at her Sandringham estate.