It looks like Canada is on track to take in more Canada Immigrants than in previous years. The federal government recently announced their proposed immigration targets. By 2019, Canada could be seeing an increase of up to 350,000 immigrants. 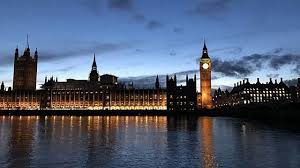 “The 2019-2021 plan renews the three-year time period and is designed to add to an immigration framework that strengthens the Canadian middle class through economic development, supports diversity and helps build vibrant, dynamic and inclusive communities while maintaining border integrity to preserve the safety and security of Canadians,” the press release says.

“We need to reliably show that increased immigration levels advantage our networks and our economy,” Immigration Minister Ahmed Hussein said amid a discourse at the Canadian Club of Toronto on November 1.

Calgary MP Michelle Rempel, the Conservative Party’s Immigration Critic, vigorously scrutinized Hussen and Prime Minister Justin Trudeau over the new targets, especially over the issue of shelter searchers crossing from the US border into Canada through the Quebec border.

“Instead of instituting a policy to deter and stop people from entering Canada this way, and subsequently putting an enormous strain on the social welfare system that is paid for by Canadian taxpayers to first help Canadians in need, Trudeau has spent hundreds of millions of dollars to make this system permanent. For example, in this year’s Supplementary Estimates, Trudeau has spent $50 million on temporary accommodations – read, hotels – for these illegal border crossers,” Rempel said in this statement.

“He (Trudeau) has allocated a significant amount of resources, including processing capacity at the Immigration Department, to this new immigration stream. In the meantime, those seeking to enter Canada legally are facing increasing wait times, and worse, the world’s most vulnerable people, including genocide victims in Iraq, get a cold shoulder from this Prime Minister.”

Other critics say how this represents a 40 percent spike in immigration levels since the Harper years, though this freelance columnist points out that Harper’s own immigration targets into 2018 were also heading into the 350,000 range.

Ok, I realize that fact-checking a political meme account is like trying to preform a lobotomy with a crayon (which seems more attractive, tbh) I nevertheless feel the need, here, because this is fucking idiotic. https://t.co/jwL8QzpL4C

Higher Rent will be paid by Some Brampton Tenants

First off, there's nothing "rapid" about the increase in immigration in Canada. Trudeau is increasing immigration, by 4% on average. Harper's average is ~2%.

(Note about the chart: Harper was responsible for immigration plans until 2015. Years 2018 onwards are projections.) pic.twitter.com/oZDcXGiuao

What do you think of the prospect of more Canada Immigrants in the next three years?