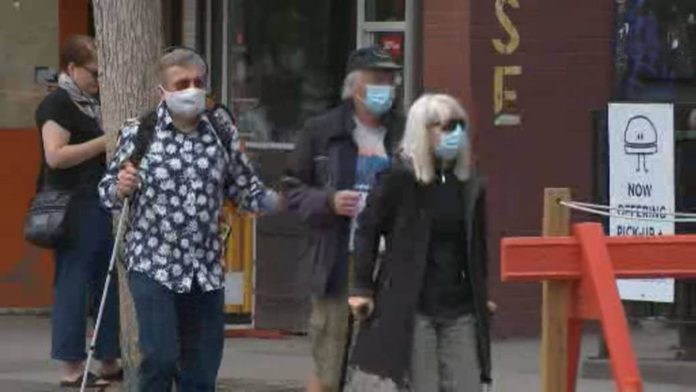 Like the case of the new coronavirus surged past 10 million worldwide, with 500,000 deaths, Canada reported six fatalities on Sunday and more than 200 new cases.

The figures of the day are not complete, however, because British Columbia stopped issuing updates on the weekend last week, and Quebec is continuing daily reporting on Monday.

That said, Ontario added the highest number of cases on Sunday, reported 178 infections and six deaths. The province has “surpassed Alberta in the test cumulative per capita” and in front of any other province, according to provincial Health Minister Christine Elliott.

Today, Ontario is reporting 178 new cases of #COVID19, a 0.5% increase. While a slight uptick over yesterday, today’s report remains under 200. 28 of Ontario’s 34 public health units reporting five or fewer cases with 19 of them reporting no new cases at all.

Overall, a little over 28,500 active cases remain throughout the country, with more than 66,000 recoveries. Quebec makes up half of the country’s 103,000 or so cases and 64 percent of the death toll.

For the fourth day in a row, all four Atlantic provinces had no new cases or deaths to report. Nova Scotia marked its 19th days with no new cases, while New Brunswick has five active cases left.

Newfoundland and Labrador have had no active cases for several days now. All 27 cases on Prince Edward Island have been resolved since early May.

The Northwest Territories and the Yukon have seen all cases resolved for weeks now, leaving Nunavut as the only region in Canada yet to see a confirmed case of COVID-19.

While Canada has gone down from reporting more than a thousand new cases per day throughout April and May, it has still recorded anywhere between 170 and 380 new cases daily in the last week.