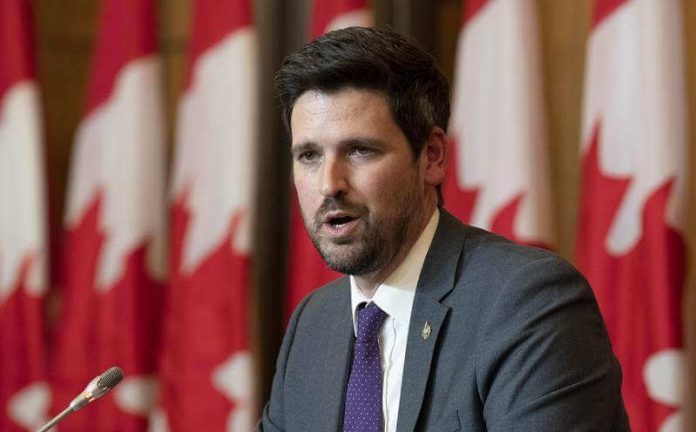 OTTAWA — Canadians can now give cash or Aeroplan points to help bring Ukrainians fleeing the war with Russia to safety in Canada.

Immigration Minister Sean Fraser says the goal is to pay for flights to bring at least 10,000 Ukrainians and their families approved for travel to Canada.

These would be on top of targeted chartered flights to bring Ukrainians to Canada announced by Prime Minister Justin Trudeau earlier this year.

More than 54,000 Ukrainians have already been approved to come to Canada for three years while they decide on their next steps.

Donations started being accepted Wednesday, but details about how eligible Ukrainians can access the money won’t be available for a few weeks.

The program will be managed by Miles4Migrants, a United States-based charity that uses donated frequent flyer miles to help people impacted by war who have legal approval to travel, but cannot afford the airfare.

The organization will help Ukrainians book commercial flights to Canada using donated funds or Aeroplan points on a first-come-first-served basis.

Miles4Migrants expects people will be able to start boarding flights as soon as next month.

At a press conference in Enfield, N.S., Fraser said the corporate partnership with Air Canada is “one of the most effective and efficient ways for people to possibly travel to Canada,” particularly since Ukrainians have spread out across Europe since fleeing their country.

“I would be hard-pressed to find a more effective or efficient way to help as many people as possible,” he said.

Wanted: Mississauga and Brampton families to battle it out on popular TV game show

Fraser said it’s a better system than offering cash directly to people who are thinking about coming to Canada, since they may change their minds and use the funds for other things.

Several other airlines, including Southwest, United, and Delta, have partnered with Miles4Migrants so people can use their airline rewards points to fund flights for Ukrainians to new safe-havens.

The Jewish Foundation of Greater Toronto will also collect cash donations, which will be distributed to sponsor displaced Ukrainians.

The Ukrainian Canadian Congress raised the idea of allowing people to donate their travel points in March, as the government announced plans to bring people into the country temporarily to wait out the war.

National executive director Ihor Michalchyshyn said the announcement is a step in the right direction, but the implementation will be the most important factor.

While the government has announced several steps to support Ukrainians who wish to come to Canada, including income support and short hotel stays for newcomers, many of those programs have not been rolled out yet.

That’s leaving those seeking refuge with big expectations that are not realized when they arrive, Michalchyshyn said.

“Announcements are great, but the next step is to have a quick implementation, and that’s where we’re still waiting on a number of key items,” he said.

In some instances, people are not able to access provincial health care, for example, he said.

Meanwhile, the government is working on providing chartered flights for Ukrainians who’ve been approved to come to Canada, but the logistics are difficult because people who have fled Ukraine have spread far and wide in the meantime, Fraser said.

The minister said the government is expecting the results of a survey of approved applicants this week that will give the government more information about where people are and how many are actually planning to come to Canada.

“Once we have a better understanding of where people are, when they want to travel, and where they want to go, it will allow us to plan logistics of charter flights more effectively,” he said.

The government has not given a specific timeline about when the chartered flights will take off.

This report by The Canadian Press was first published April 20, 2022.