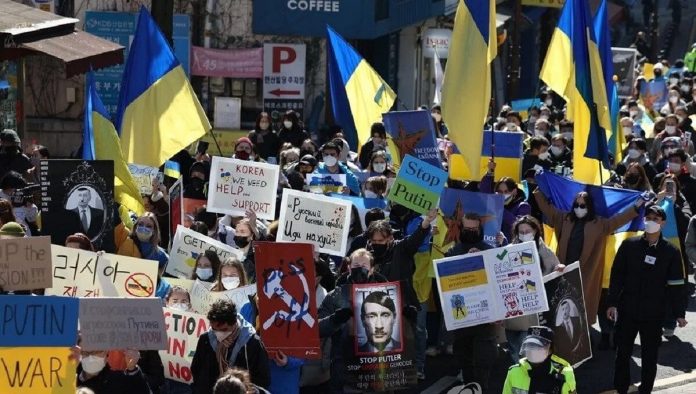 Immigration, Refugees and Citizenship Canada (IRCC) is introducing new immigration streams for Ukrainians who wish to come to Canada temporarily or permanently.

The new measures were announced on March 3 by Immigration Minister Sean Fraser and are part of the Government of Canada’s response to the crisis brought on by the recent Russian invasion of Ukraine.

As early as two weeks from now, Ukrainians who want to come to Canada temporarily may be able to do so under the new Canada-Ukraine Authorization for Emergency Travel, which will be open to people fleeing war-torn Ukraine. The number of Ukrainians who can apply will be unlimited and all Ukrainian nationals will be able to apply through this new stream. Once their background checks have been completed and they have passed a security check, their stay in Canada can be extended for a minimum of two years.

In addition, given that Canada is home to a very large number of people of Ukrainian origin who may be currently seeking to bring their relatives to Canada, a new sponsorship pathway will soon be created under the family class to make this possible.

Ukrainians admitted to Canada under these measures will be able to apply for open work permits so that employers can hire them more quickly. Last week, Immigration Refugees and Citizenship Canada (IRCC) had already announced that open work permits would be issued to Ukrainian visitors, workers, and students who are currently in Canada and are unable to return home safely.

Other measures previously announced include the following:

The Francophone province of Quebec, which manages its own immigration programs, has also announced the introduction of a special humanitarian program to support the Ukrainian community in the province in their efforts to reunite with their families.

Quebec’s government has also committed to accelerating the processing of temporary immigration applications, work permits, and Quebec Acceptance Certificates and to work with the federal government to implement an open work permit for Ukrainians.

Since January 1, 2022, Canada has welcomed over 6,100 Ukrainians, according to figures provided by IRCC.