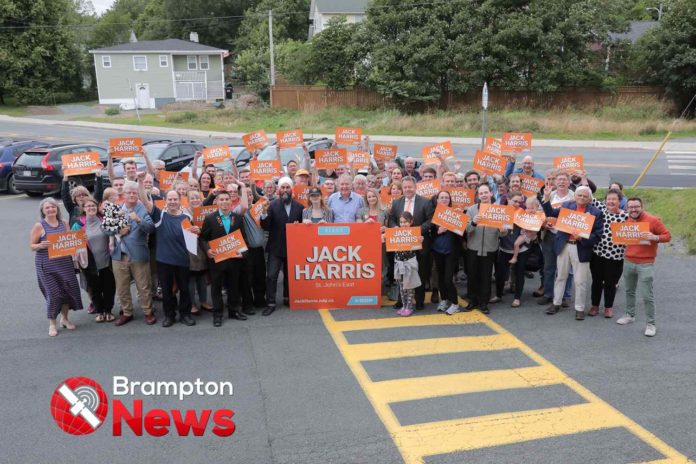 With federal elections nearing, the NDP faced a blow to the candidates after all New Brunswick NDP candidates had just announced that they would quit the race to join the Green Party. This means that on Tuesday, there will be no NDP candidates running throughout the province. This makes the number of NDP candidates lower than what has happened in the last few weeks.

These former New Democrats stated that they “encouraged all New Democrats, New Brunswick, and, indeed, all Canadians in voting for the Canadian Green Party in this election.”

With all candidates leaving their hunt in New Brunswick, according to CBC, this leaves Jagmeet Singh and his party with an empty province for now. However, it is likely that more NDP candidates will appear in the following weeks.

One reason for this shift in political views from NDP candidates could be due to the fact that NDP leader Jagmeet Singh hasn’t visited New Brunswick since 2017. However, Elizabeth May from the Greens Party has visited their province this year.

Another reason why candidates forbid together and turn to the Green Party is that “the Canadian Green Party has been firm in their beliefs, never failing to achieve their goals.”

However, the loss of 14 candidates close to the federal election was a low blow to the NDP. Mainly because NDP has the lowest number of candidates in the whole country.

As of 3 pm ET Thursday, this was the #cdnpoli candidate count according to each party. It ain’t looking good for the #NDP, surprisingly strong for #GPC, #PPC . Watch: https://t.co/D2RDVaD0ni pic.twitter.com/djLaiuWmCF

On Thursday, before the candidates left, it was reported that the NDP was in the last place in terms of the number of candidates they currently run in areas around Canada.

Of the 338 elections, the NDP only has 148 candidates, more than 100 less than Liberals, and nearly 200 fewer than the Conservatives.

Now, it seems that the number of candidates running for NDP has decreased. However, last week, the NDP announced that it would have candidates in all elections on time for election day.

Whether the statement is still valid or not after the loss of 14 candidates is unknown.